A vineyard in Derbyshire enlisted local volunteers with “no minging feet” for what it believes to be the region’s first grape treading, as it gears up to launch its inaugural Pétillant Naturel in time for Christmas. 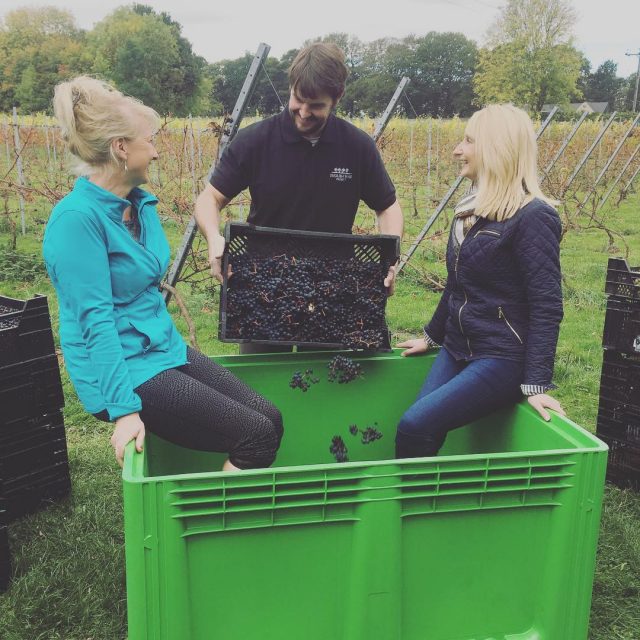 The vineyard at Renishaw Hall near Sheffield is managed by winemaker and viticultural consultant Kieron Atkinson, who runs the English Wine Project.

Atkinson hosted the event on Saturday (20 October), calling on locals to help with the grape treading process in order to produce the region’s first ‘natural’ wine.

Members of the public helped to pick the remaining 400kg of grapes before treading on them – a practice that is nowadays mostly associated with the Douro Valley in Portugal.

Atkinson hopes to release the Pét Nat in six weeks’ time for an RRP of £20.

Renishaw Hall spokesperson, Jane Travis, told the Telegraph that foot cleanliness was of the utmost importance: “With a natural process there will be the odd bug and leaf. We won’t be adding any chemicals to the wine so there are polite questions being asked when people remove their socks.

“As people take off their shoes we can give a quick health and safety check looking out for athlete’s foot, bunions, verrucas and so on. We would like people to be able to enjoy the wine over the festive season!”

Atkinson added: “All the sugars are converted into alcohol which again kills off any germs so people can be safe in the knowledge they are free to enjoy the wine.”

“We’ve always produced good wine and the vineyard has been here for 46-years so it’s well established,” he said. “But we also want to keep offering people something different, and we think it’ll appeal to the local areas of Derbyshire and Sheffield where craft beer has been extremely popular”.

Renishaw’s vineyard was planted in 1972 and was, until 1986, the most northerly vineyard in the UK. Atkinson took over management of the site in 2011 and in the following year, planted a third more vines including red grape variety Rondo.

The vineyard is also planted with Madeleine Angevine and Seyval Blanc wines – the latter is used in its sparkling wine.

Pét Nat (naturally sparkling) is an an ancient winemaking method which involves bottling the grape juice before its first fermentation has completed, allowing it to continue in the bottle.

Among those also producing it in the UK include Tillingham Wines, Ancre Hill, London Cru and Renegade.

Foot treading is also not unknown in England, with wineries such as Pebblebed in Devon having trialled it in the past.