The head sommelier at Lancashire’s Moor Hall, Alex Freguin was crowned this year’s Taittinger Sommelier of the Year 2018 in July, having been a semi-finalist in 2017. He was born in Aix-en-Provence, France, in 1989, and began his career as an apprentice at Michelin-starred Restaurant Pierre Reboul in Aix-en-Provence in 2009. In 2011, Alexandre moved to Lyon to work as a sommelier at Restaurant Eskis (2011-13), before joining Michelin-starred Les Loges, also in Lyon as head sommelier in 2013. In 2014, he made the move to the UK, working at the Michelin two-starred L’Enclume in Cartmel, Cumbria, where he was quickly promoted to assistant head sommelier. Following a further stint in France at the Michelin-starred Hôtel Casadelmar in Porto-Vecchio and Restaurant Jean Sulpice in Val Thorens, Freguin returned to the UK, becoming head sommelier at Moor Hall in Lancashire in May 2016. Here, he explains what being a sommelier means to him, shares the mortifying moment he spilt a glass of red wine over a bride, and why Manzanilla with a plate of anchovies is heaven on earth. 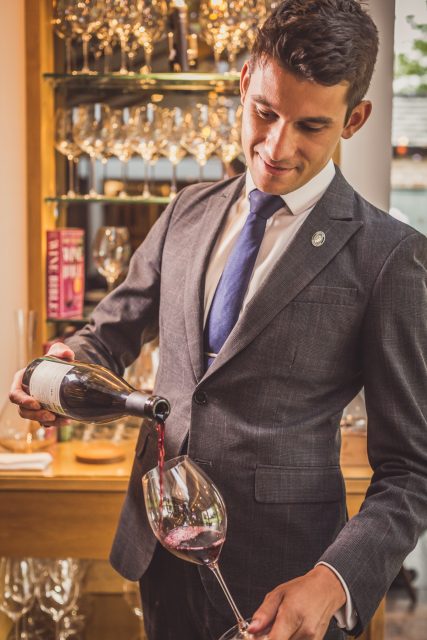 What or who inspired you to become a sommelier? (How did you arrive at the position you are in today?)

Everything started in my home region of Provence. When I was around 18 years old I was studying law and started to spend some time in a modest but friendly winery. I loved my time there and it led me to work in a traditional restaurant which I enjoyed even more. I decided not to continue with law and enrolled at a hospitality school. At the time I was an apprentice at Pierre Reboul, a Michelin-starred restaurant in my home town of Aix-en-Provence. It was really in this restaurant that my passion started to grow. I had great admiration for the chef and sommelier who combined some incredible dishes and wines. It was magical! I then moved to Lyon, where I spent three years as Head Sommelier at the Michelin-starred La Cour des Loges, which was another challenging but incredible experience. I then moved to England and joined the Michelin two-starred restaurant L’Enclume in the Lake District. After a year I returned to France and took two positions as Head Sommelier, first at Casadelmar in Corsica, then with Jean Sulpice in Haute Savoie. In 2016 I returned to the UK to start working alongside Mark Birchall at his own venture, Moor Hall Restaurant with Rooms in Lancashire, which has just been awarded its second Michelin Star.

I would say it’s looking after people. Our guests are at the core of our industry, and without them we don’t exist. Of course another highlight of the job is spending time in the kitchen, tasting the food!

I think the level of commitment that sommeliers have for their job can be misunderstood. To deliver the correct and honest information to the guests and to your staff requires an incredible personal investment. By studying, travelling and tasting, you dedicate your life to learning. I wish knowledge could come by drinking but it’s not the case!

Good question! It could be almost anything – wine, beer, a gin and tonic – as long as I am with the people I know I will enjoy it with. A good Lambic beer would make me really happy!

A few years ago, when I was an apprentice, I was clearing glasses from a table at a wedding and dropped a glass of red wine on the bride. It was not the best start in the industry. I just wanted to disappear!

If you could give your younger self advice when starting out as a somm, what would it be?

You need to be humble. The journey into the wine world is long and not always easy, but if you are patient you can achieve amazing things. Don’t ever rush anything and never forget that wine takes so much time to produce and this needs to be respected. It’s also important to remember that no one ever knows everything, so humility when facing the guest or the wine producer is essential.

I have had so many great experiences with wine, but I remember the first wine pairing I ever experimented with. It was a Condrieu Deponcins from the producer Francois Villard and it was served with different textures of green peas and Colonnata Lardo. It was at the Restaurant Pierre Reboul where I started, and I will never forget that moment.

It’s so hard to choose, as I’m lucky enough to travel to so many different places and share wine with so many great people. The time I spent with Jason Ligas last year in Macedonia was incredible and it was everything that I love about wine. But sharing a glass of wine with a producer like Primoz Lavrencic and his family last summer in Slovenia is priceless. One of the greatest wine moments was after the UK Sommelier of the Year Awards in July. One of my closest friends organised a celebration in Lyon, bringing together everything that I like about wine! The most memorable wine experiences are the ones made with no other thought than generosity and friendship.

I am not keen on a wine being qualified as “rubbish”. I am more than happy to discuss personal taste but judgment like that does irritate me a bit.

I could probably drop so many names, but I’m impressed by chefs. Being able to elevate food to the level of hedonism is incredible. When you see what people like Paul Bocuse, Auguste Escoffier, Eugenie Brazier, Anthony Bourdain, Marco Pierre White and many more did to the culinary world, you only can admire them. As a Sommelier, looking at someone like Gerard Basset is really inspiring.

The wine would be a Manzanilla Sherry, paired with anchovies, a bit of sun and good friends.

I would love to explore the potential of Uruguay.

As my father says, “it’s a shame that you didn’t study law as much as you do wine, you could have been a good lawyer”. Maybe he is right, but personally I’m not sure!

Grape-wise I like anything and I drink anything; I love to be surprised. I only struggle sometimes when I feel that the winemaking takes over the identity of the wine itself. I believe that winemaking practices are there to showcase the DNA of the wine.

Probably my grandmother! It was in Lyon and I would have preferred to serve a table with the ten best sommeliers in the world! Someone I was very happy and amazed to serve was Raymond Blanc, a truly passionate chef.

What makes you most proud to be a sommelier?

I am very proud to be a sommelier, because I have achieved what I wanted to achieve and I feel gifted every day to combine my passion and my job.

Rather than a bucket list I think it would be a tank list – there are too many wines! But I love drinking old wines, and a few weeks ago I tried a bottle of Bairrada 1966 Frei Joao which was outstanding! In terms of countries I would say Italy, Slovenia, Austria, Switzerland and Croatia. I also love new world wines from the USA for example, such as the Roussanne from Stolpmann Vineyards in Santa Barbara County or the Cabernet Franc from Red Hook Winery in the Finger Lakes. A fantastic Bodega in Patagonia is also producing a world class Trousseau.

It would be a dessert which has just been added to the menu at Moor Hall. It’s based on apple terrine and served with an apple sorbet, Woodruff mousse and birch sap. With this we are serving a sweet version of the grape Prie Blanc from Valle d’Aosta. The wine has unique flavours and balance which really complement this course. I love the fact that we can amaze our guests through to the last course of a tasting menu! 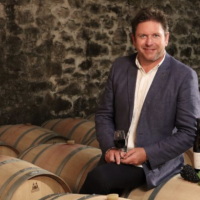 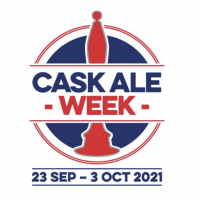 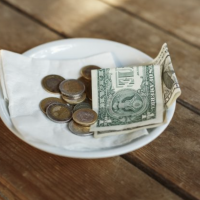 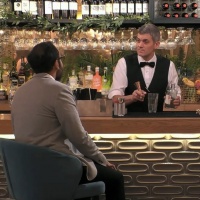 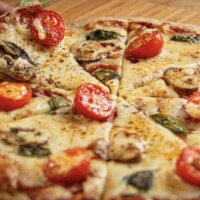