The majority of people working in the hospitality industry consider work to be more important than their personal health or social lives, according to new research. 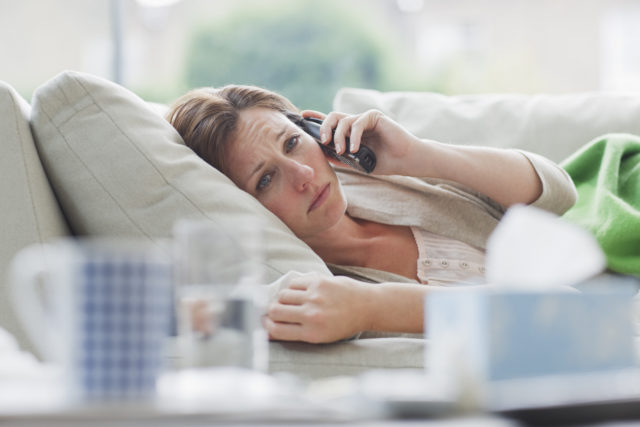 Almost three quarters of hospitality staff in the UK (72%), feel work is the most important thing in their life right now, according to a survey published by CV Library this week. In terms of rankings, work came second behind family. Just over 60% of those surveyed put personal health first, with only 17.9% prioritising their social life and 10.3% their love life.

The study, which surveyed 1,200 working professionals, also found that, despite putting work before their personal lives, less than a third of employees said they were in their “dream job.”

Aside from the concerns most of us have over maintaining a healthy work-life balance, more practical, and potentially dangerous issues arise when it comes to the food service industry.

The UK government’s Food Standards Agency website sets out a series of best practice guidelines food service businesses should follow to avoid putting customers and staff at risk. It says that people who work around open food while suffering from certain infections (mainly bacterial or viral) can “contaminate the food or surfaces they come into contact with.”

“This can spread infection to other people through the food.”

“Depending on the nature of your illness, you could pass this on to other members of the team, causing it to spread,” Lee Biggins, CV Library’s founder, said.

“Therefore, it’s best to take time out to look after your mental and physical health when you need to, so you can return to work feeling fresh and productive.”

But taking time to recover isn’t that easy. This is not the first piece of research to be published this year that shows how staff working in pubs, bars and restaurants feel pressure to work despite poor health. A survey carried out in February by the same job site found that just over eight in 10 employees actually only take one or two sick days a year. Of those surveyed, one in five (20.2%) don’t like taking sick days as they believe it reflects badly on them, while 14% say their boss is not very understanding if they are ill. One in 10 workers claimed calling in sick is actively frowned upon in their workplace.

Michael*, 27, who has worked a number of different jobs in pubs and restaurants in the midlands since the age of 15, told the drinks business that he was surprised the figures weren’t higher.

He told db he’d felt pressured by his employers to work despite being ill. While working for a local pub in Derbyshire, “I called my boss during the day, well before the start of my shift to explain that I was feeling unwell (cold, flu) and wouldn’t be able to make it in for the evening. I was told in a roundabout way that if I wanted to keep my job, I should find a way to make it in for my shift.”

A manager could perhaps be forgiven for thinking an inexperienced member of staff may every so often ‘pull a sickie’, but Michael also recounted a time when he suffered a severe injury during a rugby match hours before he was meant to start a shift, and was fired over the phone en route to A&E.

“During the game my right ear became injured and torn partially from my head….. I had to make my way to the hospital to have the ear glued, and when I called my boss to cancel my shift I was fired for not giving adequate notice.”

The restaurant was independently owned at the time Michael worked there, but problems can also arise in large chains. Tabby Farrar, a marketing executive who worked at a nationwide casual dining chain for two years, both as a server and team leader, said she was routinely pressured into working in a front-of-house role when she was suffering with contagious illnesses like a cold or flu. Now at working a desk job, she told db she was relieved to be out of the “horror” of working in hospitality.

Farrar said she and her colleagues “only got Statutory Sick Pay and couldn’t afford to pay our bills if we took sick days,” and that management “would always want staff back at work the day after a stomach bug despite rules advising otherwise.”

A member of staff can be advised not to work by their doctor if they are a carrier of, or have been in contact with, an infectious or contagious disease, according to the UK Government’s guidelines on statutory sick pay. And according to the Food Standards Agency’s website, if a member of staff is vomiting or has diarrhoea, nausea, stomach pains, a fever or a skin, nose or throat infection, they should not return to work for 48 hours after the symptoms stop.

One factor that makes it harder for some employers to give staff the time they need to recover is the current health of the restaurant sector itself and the tight margins that creates. In March, Boparan Restaurant Group announced that its Giraffe and retro-style Ed’s Easy Diner will shut 27 of their 87 combined sites as part of a Company Voluntary Arrangement, a strategy businesses implement to reduce debts by paying creditors over a fixed period. Chains such as Jamie’s Italian and Gaucho have had similar stories. In fact, a report released by CGA at the end of last year found that the number of restaurants in Britain fell by 2% in 2018, the equivalent of more than 10 closures a week.

Michael, who worked as a waiter in a gastropub in his teens before later becoming the manager of a pub in Nottinghamshire after graduating from university, said that in an industry where margins are already tight, businesses look to keep staff numbers “to the minimum they can get away with as staff costs are reasonably high.”

“So if someone cancels last minute there is often not enough staff on shift to be able to take up the slack.”

Although he doesn’t think that the need to reduce overheads should outweigh the need to keep any food or drinks products sanitary, “sadly I think that in some cases it does.”

Kate Nichols, the chief executive of industry body UKHospitality, said that anyone feeling unwell should “obviously” talk to their boss and avoid making themselves sicker.

“The majority of employees avoid taking sick days because they do not want to let their team mates down, which is admirable, but employees should make sure they take care of themselves.

“It is also important to remember that, if you are sick, you might pass on your illness to colleagues, so stay at home to avoid infecting others. This is even more important if your job involves preparing food or drink for customers.”

*= some names have been changed at the source’s request.