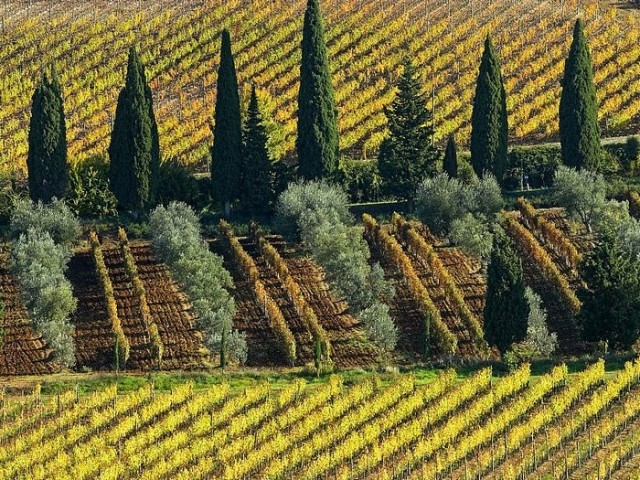 Considering how famous Tuscany has become as a holiday destination for travellers from right across the world, it is perhaps surprising that this region’s wine offer is not better understood, or at least, fully appreciated for its diversity. Of course it’s home to some of the globe’s best known denominations – Chianti Classico, Montalcino and Montelpulciano – but such areas are primarily associated with one grape: Sangiovese, and the distinctive reds it yields, with their wonderful combination of bitter-sweet cherry fruit, and firm tannins.

However, Tuscany, and its Toscana IGT official classification for those wines that fall outside the rules of this region’s protected designations, comprises wines made from a broad sweep of grape varieties, and a wide range of styles. Importantly, such wines are individual, delicious, and, in our view, undervalued for their quality. Among such stars are the whites based on Vermentino; the rosés from the Tuscan coast, particularly the Maremma, and the reds based on blends of Sangiovese with French grapes, from Syrah to Merlot.

Nevertheless, we at db wanted to taste-test the stylistic diversity on offer from Tuscany, as well as discover the hot spots for excellence, and, notably, see if the price-to-quality ratio peaked within the great DOCGs of Tuscany, or outside them.

With this in mind, we launched the Tuscan Masters, a tasting designed to assess all styles of wine from this part of Italy using our usual sampling format. This ensures that the entries are judged without any knowledge of their specific source area, or base grape. The wines are arrange according to style, and grouped into price bands, but the aim is to assess the entries according to quality, and quality alone. This could mean of course that a traditionally-made Chianti Classico might be judged alongside a modern-style Merlot blend from the Maremma. But, with both being approximately the same price, the question the judges must ask themselves does not concern typicity, but excellence for the money. And, it should be noted that both entries could be equally good, but offer a different kind of wine.

So what did we find after a day tasting around 100 Tuscan wines? In general terms, Tuscany offers a vast amount for the wine lover. It yields wines of excellence, with a singular style, from light whites to rich reds, taking in a wide spread of prices, from the entry level to top end fine wine. Crucially, it is an area making wines to a very high standard, and, relative the number of entries, Tuscany received more top scores than any other wine region taste-tested through the Global Wine Masters programme. Our Master of Wine judges were enthused by the complexity of this region’s output, and the way the wines are crafted – which sees an emphasis on refreshment, even when the base product is a lower-yielding south facing vineyard planted with the great red grapes of Bordeaux.

And it is Tuscany’s ability to produce wines with a typically Italianate bitter-sweet character, even with international grapes, that makes it so appealing. In other words, the great wines from this area of Italy are wonderful and inimitable.

Also, the best expressions weren’t from one particular area. Indeed, we awarded Masters – our ultimate accolade – to wines from all the major DOCGS of Tuscany, while we also saw excellence in the blends classified as IGT Toscana.

So, as you can see in the lists of results below, our handful of ‘Masters’ from the day’s tasting included reds from Montepulciano, Montalcino, Bolgheri and Chianti Classico, although, notably, the top expressions from Montepulciano and Montalcino actually employed non-native grapes, and hence they couldn’t carry the name of these famous denominations. This meant that our best wines of the day included two IGT Toscana reds: Banfi’s Bordeaux blend called Excelsus – using Cabernet and Merlot from the slopes of Montalcino – and Avignonesi’s Grandi Annate, a pure barrel-aged Sangiovese from Montepulciano. More in keeping with their source region, a further two Masters were awarded to a Chianti Classico Gran Selezione from Cecchi, along with a Cabernet blend by Campo all Sughera, hailing from the home of Super Tuscan reds, Bolgheri – where Bordeaux grapes dominate.

Considering the styles on offer from Tuscany, starting with the lightest, it was clear that Vermentino is well suited to the Tuscan terroir, particularly the coastal part of the region, Maremma, and can be crafted to produce a range of whites, from the fresh, citrusy, light type, to more full-bodied, peachy style.

The latter richer version can also be suitable for barrel-fermentation and maturation, benefitting from the added nutty complexity of such vessels, just as riper styles of Sauvignon Blanc complement a touch of oak influence.

Among the great examples tasted in this year’s Tuscan Masters were a lovely, peachy, bright Vermentino from Cecchi, called Litorale, hailing from the Val delle Rose in the Maremma DOC.

Also delicious, and made in a similar mould – so bright, fresh, unoaked, but with masses of yellow fruit – was Banfi’s La Pettegola Vermentino, which also comes from the coastal part of Tuscany, using grapes grown in both the Maremma and Bolgheri, which is better known for its great reds from Bordeaux grapes.

However, when it came to a more powerful, barrel-influenced white wine, it was a Chardonnay that impressed, with Banfi’s Fontanelle earning praise from the judges for its combination of creamy toasty characters, and intense lemon fruit.

So what about rosé, or rather, rosato? After all, this is the wine world’s most fashionable category, attracting celebrities, not just as consumers, but as investors – even if such stakes are being taken in France, specifically Provence.

Well, we know from other tastings, notably our Rosé Masters, that Tuscany is the source of some great pink wines, with Frescobaldi’s Syrah and Vermentino Tuscan blend called Alie a gold medallist this year.

Banfi too has proved adept with rosato, particularly its Cost’é Rosé, IGT Toscana, which sees Vermentino prove an excellent component for a Sangiovese-based rosé, with the white grape playing a similar supporting role to the Grenache-based rosés from Provence, where Vermentino is commonly used, but labelled under its French synonym, Rolle.

However, in the Tuscan Masters, it was the brand Ventisei (meaning 26), from Avignonesi that took the top marks for its Rosato, using pure, organically-grown Sangiovese to produce a pink wine that was both refreshing and bursting with ripe red fruit.

Back to the reds, and starting with our Gold medallists among those wines enjoying the freedom of the IGT Toscana classification, one name that attracted plenty of praise, picking up three golds, was Arcanum, for its wonderful, structured reds employing Bordeaux grapes.

Using fruit from the southeast corner of Chianti Classico, this brand – which is owned by Jackson Family Wines – specialises in Cabernet Franc, Cabernet Sauvignon and Merlot, not Sangiovese, hence its wines are classified as IGT Toscana.

All the labels from this name were delicious, but the most impressive was the Merlot-dominated Arcanum ‘Valadorna’ from the 2013 vintage, with layers of fleshy ripe Morello cherry, sweet balsamic, vanilla and plenty of firm tannins to clean the palate.

Beyond Arcanum, two greats classified under the Toscana IGT tag hailed from Banfi, a name more closely associated with top Brunello, but skilled at much more.

Along with the aforementioned Master-winning Excelsus from Banfi, was this producer’s Summus brand, which sees Sangiovese from Montalcino blended with Cabernet Sauvignon and Syrah to create something delicious, lifted, but also richer than a classic red from this part of Tuscany.

But Banfi also wowed the judges with its Fonte alla Selva Chianti Classico, and its Aska Brunello di Montalcino Riserva, along with its single vineyard Poggio alle Mura, proving that it can craft outstanding wines respecting the rules of its regions, as well as through more experimental winemaking that breaks them.

Likewise, Avignonesi, which took home a Master for its Grande Annata IGT Toscana Sangiovese from Montepulciano, also gained a top score – albeit a Gold rather than Master – for its Vino Nobile Di Montepulciano Poggetto Di Sopra, complete with its fleshy red cherry fruit, leather, spice, orange zest and dry, fine tannins. Another delicious red from this same well-known area was crafted by Lunadoro, offering a layered, refreshing, traditional wine for sub £30.

Further brilliance was enjoyed among the top wines of Castello Vicchiomaggio – both its Chianti Classico Gran Selezione, and its Ripa Delle More, which sees Sangiovese from the same region blended with Cabernet and Merlot, meaning this wine must forego the name its famous source area, and taken on the IGT Toscana classification.

The judges were also delighted to see a Sangiovese from the more obscure Morellino di Scansano DOCG gain a Gold. Found within the Maremma, this outpost for lovely fleshy cherry-scented reds came from Cecchi.

Nevertheless, the greatest number of top scoring wines based on Sangiovese came from Chianti Classico, with Fattoria Astorre Noti in Ruppiano, Rocca delle Macie, Nittardi, and Querciabella all picking up Golds.

So, while Tuscany is one of the world’s greatest areas for wines, crafting bright whites and roses, food-friendly reds, and concentrated complex fine wines too, the Tuscan Masters highlighted something else. This is the quality and value of top Chianti Classico, a famous name that seems to have fallen somewhat out of fashion relative to its Tuscan neighbours – be they the Bordeaux blends of Bolgheri or the pure Sangioveses of Brunello. In other words, don’t forget Chianti Classico in the search for fine wine from Tuscany. Indeed, it may be the source of Italy’s most keenly-priced great reds. 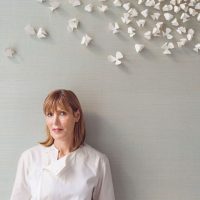 In restaurant news: a High Court hospitality case against the government gets expedited, UK restaurant chain Six by Nico is accused of staff mistreatment, and chef Skye Gyngell opens a farm shop. 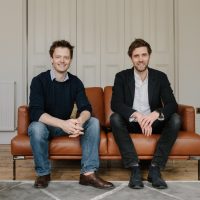 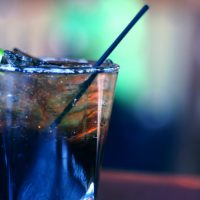 The Hong Kong bar industry has agreed to accept the proposal from the government to ask patrons to keep their masks on and use a straw to drink alcohol if it will mean venues can reopen. 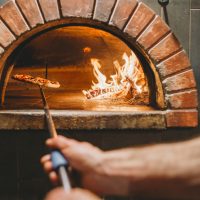 Italian restaurant targeted by US sanctions in case of mistaken identity

An Italian restaurant found itself at the mercy of one of former US President Donald Trump's last sanctions after it was wrongly identified as being linked to a Venezuelan oil trafficker. 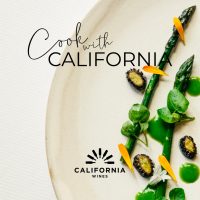 The California Wine Institute has launched a new competition this month called Cook with California, which aims to show how well wines from the US state pair with British produce.

In restaurant news: a High Court hospitality case against the government gets expedited, UK restaurant chain Six by Nico is accused of staff mistreatment, and chef Skye Gyngell opens a farm shop.

The Hong Kong bar industry has agreed to accept the proposal from the government to ask patrons to keep their masks on and use a straw to drink alcohol if it will mean venues can reopen.

Italian restaurant targeted by US sanctions in case of mistaken identity

An Italian restaurant found itself at the mercy of one of former US President Donald Trump's last sanctions after it was wrongly identified as being linked to a Venezuelan oil trafficker.

The California Wine Institute has launched a new competition this month called Cook with California, which aims to show how well wines from the US state pair with British produce.