Charlie Mellor has sandwiched a career in classical music between working in restaurants. Starting off as a sommelier aged 18 during university, he branched off to become an opera singer before returning to the restaurant scene. Mellor has worked at London restaurants including Elliot’s, P Franco, Brawn and Primeur as well as stores such as The Bottle Apostle and Noble Fine Liquor. He opened wine bar, restaurant and off-licence, The Laughing Heart, in 2016 in London’s Bethnal Green, which features wines from sustainable, organic and biodynamic producers. 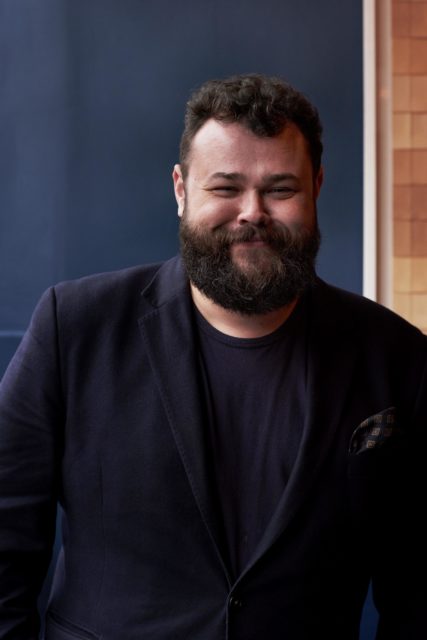 I began working as a sommelier at aged 18 – it was my university job. Following my career in the classical music industry I began working again with wine and also in restaurant management. Some lucky breaks and some hard work later, I opened The Laughing Heart in late 2016.

People. From showing guests a good time to creating a stimulating work environment for my team. This work is about service, education and generosity.

That we are only here to fleece you. Up-selling is such a small part of the work, and should only happen in the interest of a great guest experience.

Would have to be when I managed to smash about 25 Riedel glasses whilst working at Rockpool Bar & Grill. It was loud, public and messy. Thinking about it now, almost 10 years later, still makes me shudder.

Learn to become the best student you can by working with the best teachers. Knowing how to learn things efficiently and finding the most inspiring way to reach individuals is invaluable in the work of a sommelier. Also in life.

A 1995 Trimbach Grand Cru Riesling. I remember being invited to taste it with my father and few of his friends. This is the kind of bottle you don’t see everyday at an Australian barbecue. The lads’ chests were puffed and they were banging on about how ‘grassy’ it was. I put my nose to the glass and was lost in suspended animation for what felt like a blissful eternity. The aromas of dill and fresh-fallen rain overcame me. The most memorable part of the experience was how identifying and mapping those aromas felt like a whole piece of my brain had come alive.

When a guest uses the phrase “It’s okay, I am French” as justification for wine wankery, I usually have to bite my tongue.

I really admire what Jon Lacotte and Johan Agrell are doing in Stockholm. Their places are what I aspire towards for The Laughing Heart. They have amazing chefs in the kitchens, baller wine lists, great style, world-class hospitality. On top of it they run efficient businesses that give their talented people room to grow.

Probably drinking a tiny production sparkling Aglianico from Cantina Giardino, with the winemakers, in a wonderful Trattoria in Melita Irpino, about ten minutes drive from the cellar. They opened it to accompany Minestra Maritata – kind of Bollito Misto but gnarlier and more southern. The wine was sublimely faulty, absolutely riddled with VA, but truly incredible. That kind of focused gastronomy you can’t replicate.

Probably somewhere in the south of Italy with not many vines, volcanic soils and amazing things to eat. Sicily?

I would probably go back to working as an opera singer – it is probably the thing in life that I was best at doing and I stopped doing it when I was very young. I love my restaurant, though. No regrets!

Malbec. From Cahors to Mendoza it just doesn’t float my boat.

James Murphy hands down. He always eats and drinks like a king and he has so much to talk about that I find fascinating. He has been a loyal guest since our opening night and I’m happy to consider him a friend.

The fact that not one single day goes by where colleagues from the industry don’t come past for a drink. It’s lovely to be the industry hangout, and we love the community and the culture of support that is being cultivated here.

I am pretty lucky with the wines I have drunk in my life, particularly with so many of the unicorn/ natural wines that people covet. I have those. I guess there are a few things from big boys in Burgundy like Coche Dury and DRC etc which I would like to drink more well-kept bottles of, with age, at the appropriate time. I should probably find another job that pays better!

2000 Schueller Bildstockle Gewürtztraminer and aged Gorgonzola Picante. I did this paring for a table of foodies. I was completely in the shit that service and in life as well – I was really struggling at the time and was hoping no one else could notice. These guests stood up and all hugged me, saying it was the best combination of flavours they had ever experienced and preceded to sing the praises of all the elements that made up the experience.

Off-dry wine from Alsace, blue cheese from Lombardia, the vibes in the restaurant, the lighting, art on the walls, the Madlib record we were playing at the time. That’s The Laughing Heart at its best – curating all these things for the right person, just when they need it. Sometimes it’s just when I need it, too. 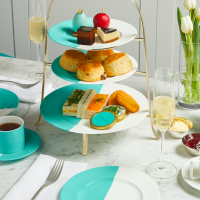 We round up this week's restaurant news, from the conversion of a London bus into a Turkish kebab restaurant and the opening of a pop-up Tiffany's café to the arrest of four people over a machete attack at a Hove wine bar. 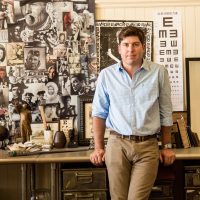 Winemaker Dave Phinney is to open a 120-seat fried chicken restaurant as part of a development to create a "city" for 75,000 people on Mare Island just outside San Francisco. 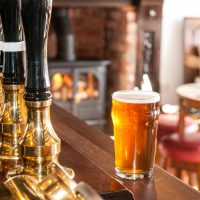 The UK government’s decision to deny visas to low-skilled workers is set to create a “huge challenge” to the UK’s pub, bar and restaurant sector, the drinks trade has warned. 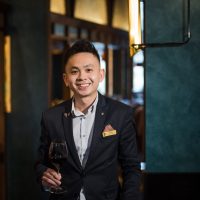 Jackson Family Wines has named Singapore-based Britt Ng as the winner of the winery’s scholarship to attend the Court of Master Sommelier Advanced Sommelier Course in 2020.

We round up this week's restaurant news, from the conversion of a London bus into a Turkish kebab restaurant and the opening of a pop-up Tiffany's café to the arrest of four people over a machete attack at a Hove wine bar.

Winemaker Dave Phinney is to open a 120-seat fried chicken restaurant as part of a development to create a "city" for 75,000 people on Mare Island just outside San Francisco.

The UK government’s decision to deny visas to low-skilled workers is set to create a “huge challenge” to the UK’s pub, bar and restaurant sector, the drinks trade has warned.

Jackson Family Wines has named Singapore-based Britt Ng as the winner of the winery’s scholarship to attend the Court of Master Sommelier Advanced Sommelier Course in 2020.