A host of ambitious chefs have developed their own farms so they can guarantee the freshness of the produce they serve at their restaurants. Lucy Shaw talks to the pioneers of the growing farm-to-fork movement in the UK.

“Instead of rolling with nature and being in tune with it, we’ve chosen to go to war with it and try to beat it, but it’s much more relaxing to go with the flow,” says an impassioned Skye Gyngell. When she’s not campaigning for the eradication of plastics in restaurants, or whipping up pretty plates at Spring in Somerset House, she’s knee-deep in mud, picking radishes for dinner at Heckfield Place, a Georgian country house hotel in Hampshire where she works as executive chef. Cocooned in 162 hectares of countryside, Heckfield Place opened last summer after six years of planning.

The property boasts its own mill and biodynamically farmed kitchen garden, due to be certified in 2021. Epitomising the growing farm-to-fork movement in the UK, Heckfield aims to be as self-sufficient as possible, using eggs from its own chickens, fruit from its orchards and honey made by its drift of bees. The most recent addition is a dairy, where Gyngell makes soft cheeses from milk from her Guernsey cattle. She dreams of bottling a wine made from grapes grown at the estate. While this all sounds terribly idyllic, the farm-to-fork approach is not without its challenges.

While undoubtedly kinder to the planet, running such a business is expensive and labour-intensive, and requires a lot of patience and forethought. “The hardest part is staying on top of things – if you forget about harvesting a crop for a few days you might lose it. Being a farm-to-fork operation means you can never take your eye off the ball,” admits Great British Menu star Tommy Banks, executive chef at the Michelin-starred Black Swan at Oldstead, where his brother James looks after the drinks offering.

“It’s challenging being at the mercy of Mother Nature, but putting restrictions on ourselves in terms of what we grow promotes creativity and forces us to make the most of what we’ve got,” says Banks, who is planning on adding cattle to his farm next year.

He admits that his purist approach isn’t the most cost-effective way of running a business, but it has become “a way of life” for him and his family. “People think we’re saving money by growing our own, but the labour required and scale we’re doing it on is not cost-efficient.

We’re doing it to create better produce.” James is equally single-minded about taking a farm-to-fork approach. Mad about foraging, he is constantly seeking to find home-grown alternatives to common cocktail ingredients like citrus and spices – chervil works as an effective alternative to coconut, while lemon verbena is used to create an English take on limoncello, and unripe apple juice provides the tartness of lemon.

“The real challenge is during the winter when nothing is growing. We have to work really hard during the summer, pickling and preserving ingredients that will see us through the winter months. A lot of what we grow, like raspberries, have a two-week window for freshness, so you have to work quickly,” he says.

While the idea of working seasonally sounds spontaneous, James has to plan his cocktail list almost a year in advance. “It’s a bit of a back-to-front way of doing things, but it makes sense to create closed-loop cocktails.”

While the harvest dates at the farm aren’t getting noticeably earlier, each year is dramatically different. “Spring and early summer is the hardest time of year for us because everything is growing but nothing is ripe yet,” says Banks, who makes vermouth with home-grown wormwood.

He aspires to have an all-English wine list one day, but doesn’t think the reds are up to scratch yet. Another farm-to-fork trio championing homegrown wines are Richard, Oliver and Gregory Gladwin, the brothers behind The Shed in Notting Hill and Rabbit in Chelsea, who are due to open a fourth London site called Sussex, in Soho, this month, inspired by their home counties roots.

The boys grew up on a farm in West Sussex, where their parents run Nutbourne vineyard. The family’s wines, including a Bacchus, Chardonnay, rosé and an array of sparklers, are on pour by the glass at all of their restaurants, while the majority of the meat on their menus comes from their 202-hectare farm, Ashurst Wood.

Each brother has a defined role – Richard is the restaurateur, Oliver the chef and Gregory the farmer. “He’s our man on the ground,” says Oliver, who trained under the wing of Hugh Fearnley-Whittingstall at The River Cottage. “As a chef, there’s nothing better than using produce you’ve seen grow.” He gets through 150 pigs and 600 sheep a year.

Fish meanwhile, is sourced from the nearby Brighton and Hove coastline, along with Chalk Stream trout from Hampshire. Fruit and veg comes from a nearby biodynamic farm in Sussex. Oliver’s latest obsession is making his own burrata from unpasteurised milk. Like James Banks, he is fanatical about foraging, and loves taking himself off into the Sussex countryside to see what edible treasures he can unearth.

“As a forager you become very resourceful and look for ways to hold on to the season through fermenting, pickling and curing,” he says. One of the early pioneers of seed-to-plate eating in the UK is Simon Rogan, owner of the seasonal, tasting menu-focused, two Michelin-starred restaurant with rooms, L’Enclume in Cumbria, which leans heavily on produce from Rogan’s patch of land he’s christened Our Farm, a mile away from the restaurant in Cartmel.

Rogan is so gung-ho about growing his own food that new recruits spend a month working the land before they set foot in his kitchen, so his ethos has time to take root. A perfectionist by nature, one of the biggest benefits for Rogan is being fully in control of what he grows and when it’s put in the ground. “One of the reasons why I started Our Farm was to be able to pick produce and use it the same day, as it makes such a difference to the taste of a dish,” he says. He’s currently experimenting with biodynamics but has no interest in seeking certification.

As well as fruit, veg and herbs, the farm is home to chickens, geese, ducks, cows, and pigs, Rogan’s favourite animal. “I love our pigs, they’re really cute, but I never name them – that would be a mistake.” He admits the “feast or famine” nature of farm-to-fork can be tough. “We overproduce in the summer to keep us going through the winter. We’ve started experimenting with clamping, which is essentially creating a Victorian fridge by burying vegetables and covering them in clay to preserve them.

They are still alive and searching for the light, so you get all these new sprouts on the beans and the beetroot that taste amazing,” enthuses Rogan, who, as well as L’Enclume, also runs Roganic in London’s Marylebone, test kitchen Aulis in Soho, and offshoots of both in Hong Kong. In keeping with the trend for eating less meat, protein often plays a supporting act rather than a starring role at L’Enclume.

“Dishes don’t have to contain a lot of protein to be delicious. Meat has never been our main focus because the farm drives and inspires everything we do, and the better we get at it the more it dominates how we work. I could do without meat, but if we do work with it we use every part of the animal,” he says. Banks agrees that we should be eating less meat as a nation.

“We don’t have a God-given right to eat meat at every meal – it’s unsustainable and unethical. There was a reason why there was a Sunday roast – it was a weekly treat,” he says. Rogan believes the farm-to-fork movement is gathering momentum in the UK thanks to consumers wanting to be kinder to the planet. “People are more aware of their carbon footprint and the impact of imported food. The demand is there from consumers for restaurants that champion local produce, which has had a positive impact.”

Article continues on the next page… 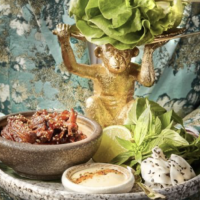 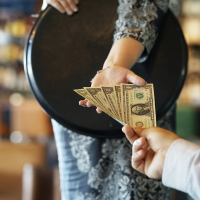 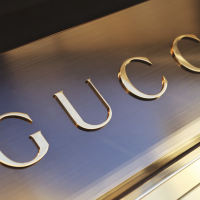 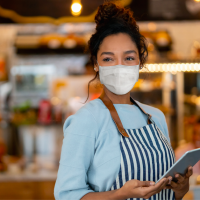 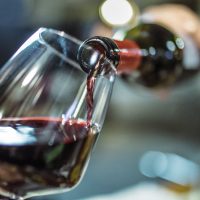