Sarah Jessica Parker is 10 minutes late for our interview, something you can tell she doesn’t like to make a habit of.

“It’s a busy Fall” the Sex and the City star-turned entrepreneur tells me apologetically. She’s doing back-to-back phoners and is, presumably, still reeling slightly from a busy night; the official launch party for her new wine, Invivo X. Add to that a fragrance, a shoe brand, three children (James, 16, and Marion and Tabitha, both 10), and an upcoming run on Broadway with husband Matthew Broderick, and you can see how things start to pile up.

Rehearsals aren’t due for another few months, otherwise “this just would not be doable”.

“Yeah, it’s a busy fall, lots going on with children and work and shoes and the fragrance and launching a wine,” she says, but the kids are in school for the better part of a day, “and I’m able to sort it all out and try to be where I’m meant to be on time and, you know, live up to whatever commitments I’ve made.”

The wine, which launched in September, has been made by New Zealand producer Invivo. The company also looks after Graham Norton’s wine label, which includes a Sauvignon Blanc, Shiraz and, most recently, a Prosecco.

Invivo announced plans to raise $6.5 million through an initial public offer in New Zealand last year, aiming expand the Graham Norton brand and launch a “celebrity collaboration” in the US.

The actress, 54, has a track record of being hands-on when it comes to her business ventures, from her shoes and fragrance line, to her new wine. Parker considers it a privilege to be able to use her wealth to learn about new industries.

“Every time I’ve ventured into a new business that I’ve intended to commit to and work really hard at my great hope is that I’ll learn about it, that I will better understand the business and the industry, and I always feel like that’s a privilege.”

So, what has she learned from working with Invivo? “I suppose I was surprised at the time between harvest and actually bottling. I’d always assumed there was a longer process because I just simply didn’t know that much about Sauvignon Blanc (or is it Sauvignon Blan’? Should I not pronounce the C? Forgive me!)”

Parker freely admits she is not a connoisseur. In fact, she told a packed crowd at the BlogHer Creator Summit in New York last month that she wasn’t even a fan of Sauvignon Blanc until founders Rob Cameron and Tim Lightbourne approached her with a pitch. Gradually, after a lot of meetings and learning from others that “they were held in high regard in the industry,” she warmed to the idea. She also later found out that she and her husband routinely buy Invivo wines from their local SuperValu when staying in Ireland.

What the star once lacked in industry knowledge, she’s made up for with a voracious interest in wine business, from Invivo’s blending process, to export markets, to “how you go about getting distribution in new territories and expectations of those distributors, and even local merchants and how they sell wine, and their own ideas about New Zealand.”

The US is the third biggest importer of New Zealand wine, Parker points out, which goes some way to explaining why she eventually agreed to work with Invivo.

Parker’s own wine was perfected in May. Having produced a number of samples of Sauvignon Blanc with Marlborough grapes, Lightbourne and Cameron brought them to New York City to lead her through a three-hour blending session, something she felt more equipped for thanks to her work with fragrance.

“It is similar in many ways to how I create fragrances…I think I felt more equipped with fragrance than I was blending wines.

“But you know it’s very similar in terms of its instinct and learning and listening and also being willing to disagree and try to articulate why.”

One of the key challenges was creating something different to the glut of aromatic Sauvignons already on the market, she says, adding that she thinks her blend is “very rogue”.

“[You have to] understand the species of a wine like, ‘ok, this is a Sauvignon Blanc’, and what are those expectations, and how do we distinguish ourselves in the market…and still live by some of those conventions, but also be our own, so blending was really interesting and I loved it. Loved it.”

Parker says her blend has “a really nice balance to it. It’s not quite as skinny as some are…I don’t mean that in a derogatory way, but some Sauvignon Blancs are also a little bit higher, and this one just has a surprising balance.”

The wine has picked up a few awards since launching, winning a Gold medal at the New World Wine Awards last week, but Parker already has plans for another rogue wine in the range. She is working with Invivo on a rosé, but unlike the expressions made by the likes of John Malkovich and Brangelina, the grapes for this one, which will be harvested next year, won’t come from Provence.

“We’re going in a different region, we’re not necessarily going out of Provence which is obviously the provenance of a lot of important grapes. We’re going to do something out of France still but slightly differently.”

Plenty of celebrities have become big hitters in the Provence region with, not just wine brands, but their own estates. Does she have dreams of owning her own vineyard? “Oh, no! No! I’m not equipped…I wouldn’t deserve it. But I love a visit!”

When we talk about potential new releases, Parker says she’s happy to let the Invivo team “lead me to some degree…I’m actually quite happy just simply working in areas they’re most able to fulfil. I really love Sauvignon Blanc and I’m excited to keep pursuing that.”

Parker says she and her husband aren’t into expensive wines, but their love of travel did spark a passion for terroir. She makes a habit of asking the server for a bottle of the local wine, and on a recent trip to Sicily, was stunned by a volcanic expression made with grapes grown on Mt Etna.

“It wasn’t the classiest wine, it was just by virtue of its grapes, that soil, that climate, its exposure to the sea, it was just such a revelation to me. It was just exquisite.”

Her tastes are broad. She’s been tucking into her own Sauvignon recently, but also can’t resist a rich red wine with a lamb stew. Are there any styles she can’t get along with?

“I wouldn’t say I’m a big Pinot Grigio drinker, but I used to say that about Sauvignon Blanc, and there’s a lot to learn, so maybe I could be surprised!” 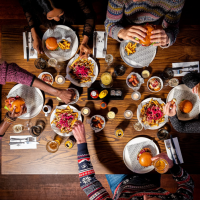 The Casual Dining Group, owner of the popular Café Rogue and Bella Italia chains, is to close 91 restaurants and make 1,900 of its staff redundant. 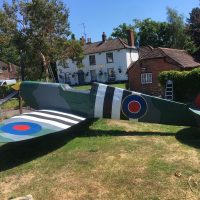 Those gearing up to visit a pub in England this weekend are advised to expect changes, but visitors to the Selsey Arms in West Sussex will be treated to another surprise: a Spitfire. 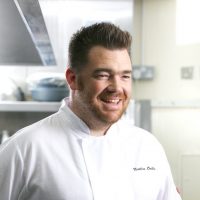 Nathan Outlaw has closed his two-Michelin star flagship restaurant in Cornwall and intends to relaunch the site as a "more accessible" eatery under the name Outlaw's New Road. 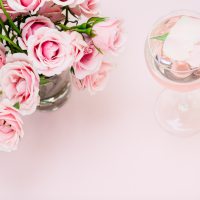 Eleven outstanding rosés for under £20

If you’re feeling a little swamped by the choice of rosés on the market right now, and don’t want to risk disappointment, we are here to help with the best pink wines for under £20 from this year’s Global Rosé Masters.

The Casual Dining Group, owner of the popular Café Rogue and Bella Italia chains, is to close 91 restaurants and make 1,900 of its staff redundant.

Those gearing up to visit a pub in England this weekend are advised to expect changes, but visitors to the Selsey Arms in West Sussex will be treated to another surprise: a Spitfire.

Nathan Outlaw has closed his two-Michelin star flagship restaurant in Cornwall and intends to relaunch the site as a "more accessible" eatery under the name Outlaw's New Road.

Eleven outstanding rosés for under £20

If you’re feeling a little swamped by the choice of rosés on the market right now, and don’t want to risk disappointment, we are here to help with the best pink wines for under £20 from this year’s Global Rosé Masters.