Svetoslav Manolev MS is currently head sommelier at Ormer in Mayfair, where he works alongside chefs Shaun Rankin and Kerth Gumbs. At Ormer, he’s responsible for the operational management of all wines within both the restaurant and Flemings hotel, in which the restaurant is based, together with Manetta’s Bar. Previously he was assistant head sommelier at 67 Pall Mall, working with a team of 18 sommeliers at the members’ club for wine lovers. Prior to this, he has held roles at Coya Mayfair and Park Chinois. In August 2019, Manolev became the first Master Sommelier from Bulgaria. 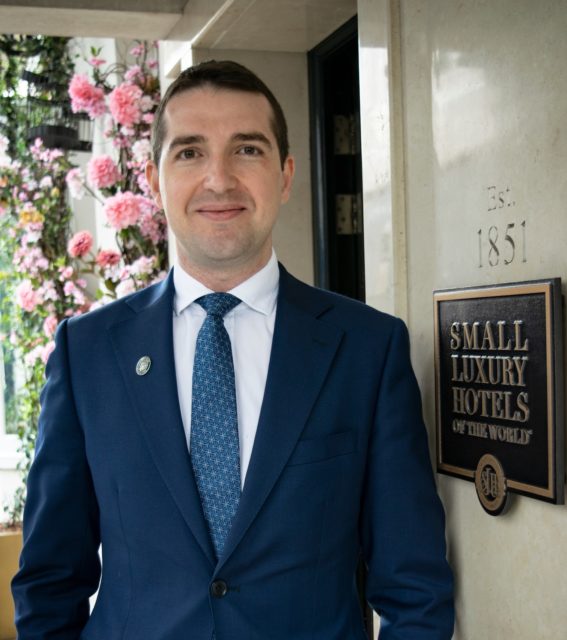 My career in hospitality started a little over ten years ago, when I took a position as a food and beverage intern in a private members club in the United States. While in that new role, I took a short wine course just for fun, and didn’t really plan on making this my career, but a couple of years later, I came across this ad for a cruise line looking for sommeliers.

Having never even heard about this job, I looked into it and quickly applied. To my surprise, they called me back and gave me the job. When I started, however, I quickly realised that there is a lot more required than just drinking wine and I had to start learning and studying and after two and a half years there, I moved to London to pursue the WSET Diploma qualification.

Once in London, I was very fortunate to find a lot of like-minded people who really helped me to develop myself to where I am now.

There are a lot of things that I enjoy in this business. You get to travel, meet interesting people and try great wines and food. It is also very satisfying when, after a busy service, you see all your guests leave happy.

That we drink all day! I don’t know how many people have said that to me and it couldn’t be further away from the truth. Most days involve long hours, carrying boxes up and down, polishing glasses and updating the wine list. The drinking part is actually a lot less than what people might think…

I rarely drink after work but if I do, I would normally go for a glass of Mosel Riesling or a glass of Champagne.

I have one that comes to mind from a couple of years ago. I had the owner of the place I was working at the time who was dining with a guest. They ordered a couple of glasses of wine and just as I was approaching the table, I tripped and spilled the glass of wine on his jacket. Of course, we had the jacket dry cleaned and the guest was actually pretty amused by the situation, but it was certainly quite embarrassing for me!

To be a little more patient. When I started, I was full of energy and expected everything to happen very quickly, but later on, I came to understand that patience and persistence are key to success.

The first bottle that really changed my perception about wine was a bottle of 1986 Leoville Las Cases (which is also my birth year). Before trying this wine, I always thought that wine always tastes the same, but this was for me the first ‘wow’ bottle. I couldn’t believe that wine which was as old as me could be so delicious and complex and that was the point when the wine bug got me.

When costumers are rude, there is no excuse for that.

There have been many people I have looked up to during the years. Famous chefs like Thomas Keller, Joel Robuchon, Heston Blumenthal just to name a few. In the wine world I would say Gerard Basset, Ronan Sayburn and Brian Julyan have been a huge inspiration and role models, not only for me, but for a whole generation of young sommeliers.

VORS Amontillado from Bodegas Tradicion and Jamon Iberico. It doesn’t get any better than this!

Most likely somewhere in southern Spain if in Europe, or Oregon if it is in the New World.

Before I started studying hospitality, I was studying economics, so I guess if I hadn’t changed, this would have been my career.

Probably Pinotage, I still haven’t found an expression which I enjoy, but I keep trying.

I have been very fortunate to serve some very famous people during my career, but the most memorable one was certainly Wladimir Klitschko. I am a huge boxing fan and seeing a great champion like Klitschko out of the ring in my restaurant was just surreal.

London is hands down the best place in the world for learning about wine and ease of access to wines from so many different countries and producers – it’s just incredible.

I would like to travel a bit more in the next few years. I would really like to visit Argentina again, and also go over the border to Chile. South America is incredibly beautiful and it is definitely on my list of places to visit.

At the moment, we serve a pine nut crusted Scottish Halibut with shaved cauliflower, cauliflower purée and sea vegetables that we pair with a 2007 Corton Charlemagne Bonneau du Martray, which is now at its peak and perfectly complements every ingredient of the dish. The sweetness of the oak complements the sweetness of the cauliflower, while the toasty notes complement the pine nut crust and the precise acidity cuts through the rich flavour of the fish. I could easily have this dish every day! 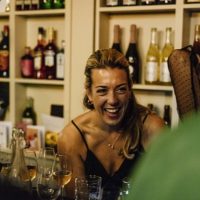 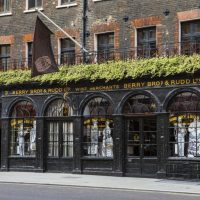 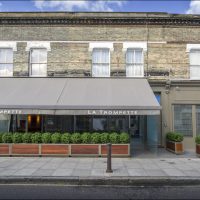 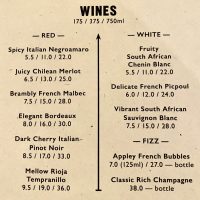 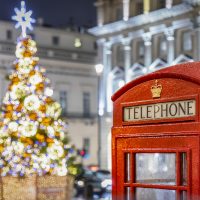