In one of the most challenging weeks that the hospitality industry has experienced in recent memory, we round up the latest news and the innovative ways in which businesses are attempting to stay afloat, including a truck distributing self-isolation survival cheese boards. 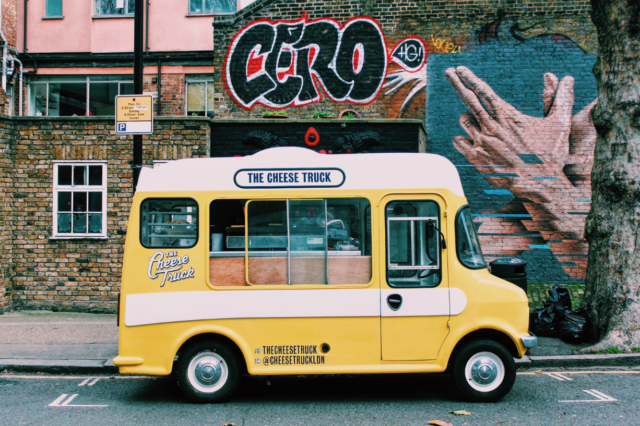 News: As concern mounted as coronavirus cases rose, UK Prime Minister Boris Johnson delivered what one has described as “the nail in the coffin” blow to the hospitality industry. In order to control the spread of the virus, Johnson advised UK citizens to stay away from pubs, bars and restaurants, though he did not state that these institutions should close.

Nevertheless, faced with a dramatic fall in customer numbers, restaurants around the country, and particularly in London where the highest number of coronavirus cases have been recorded, have shut their doors.

Chancellor Rishi Sunak has subsequently extended the business rates holiday announced in last week’s budget to cover all businesses in the retail, hospitality and leisure sector in order to support businesses in the sector.

However, the industry is calling on the government to do more. Relief funds have been set up, for example Hospitality Action’s Covid-19 emergency appeal, the link to which you can find here.

Head of wine at London members’ club for oenophiles, Ronan Sayburn MS, told the drinks business said the industry was facing a “truly devastating period of months”, in the midst of an already turbulent period triggered by Brexit uncertainty and visa restrictions for so-called “unskilled workers”.

He said: “The majority of hospitality staff will not have the resources to bed down for several weeks let alone months so this will no doubt see a huge exodus of staff leaving the country after restaurant groups have closed either temporarily or permanently.

“The government needs to start immediate debt holidays and loans at rock bottom repayment terms to help the industry get through this crisis.”

Earlier this week, 67 Pall Mall founder and CEO Grant Ashton, stated that in was in both the interests of the club’s customers and its staff to stay open.

Kelvin McCabe, wine buyer and beverage director of the Adam Handling Restaurant Group, also told db: “As of last week our covers were down almost 50% across the group. We are in the first quarter of the year and most of the workforce have not accrued enough holiday to cover a possible two month closure, or financially support their needs, major government support is needed to help. If there is no financial support available, and no salary what next?

“In a enforced shutdown, can the government impose a two month hold on rents for business and homes, and cease personal and business loan repayments? Outside of a huge cash injection the government needs to find ways to protect businesses and people.”

The government has since made provision for pubs and restaurants to operate as hot food takeaways in order to serve people having to remain at home.

Planning rules will be relaxed temporarily in order for these changes to be made as soon as possible. Planning permission is usually required for businesses to make such alterations.

Ways the industry is coping:

Diogenes The Dog: Wine bar and shop Diogenes The Dog in Elephant & Castle has launched a ‘dial a sommelier’ service, offering personal wine pairing tips over the phone. Customers can collect or have the recommended bottles delivered.

Hedonism Wines: Hedonism Wines, the operator of Hide restaurant in London, will be continuing with deliveries as normal in London and nationwide and will maintain shipping internationally. It is offering free delivery on orders over six bottles in London and UK.

Sager & Wilde: Is remaining open and its food and wine is available for takeaway or through Uber Eats. It is delivering to those living in E1, E2 and E3 postcodes.

Simon Rogan: Simon Rogan’s restaurants in Cartmel, l’Enclume and Rogan & Co, are making meals that can be collected, re-heated and enjoyed at home. They can be pre-ordered online from his shop, and picked up from Rogan & Co. The team is also planning to deliver meals to vulnerable people in the area.

The Cheese Truck: Mathew Carver, founder of The Cheese Truck, The Cheese Bar and Pick & Cheese has decided to mobilise his fleet of cheese trucks in London. Having closed its Seven Dials site, the team are instead bringing ‘Self Isolation Survival Kits’ of British cheese and wine to those who aren’t going out. According to a statement, these kits contain everything you need to create the “ultimate cheeseboard at home” and are suitable for 2 to 3 people to share.

Brat: From this Sunday, Michelin-starred London restaurant Brat will open its Brat Farm, Grill and Wine Shop. The team will serve up dishes for takeaway, while the counter will be piled high with ingredients that guests can purchase at retail prices and cook at home. Brat’s sommelier Martina Larnach has handpicked a selection of bottles for the takeaway list, and there will also be some “cellar gem wines” available.

Lina Stores: Italian deli and restaurant Lina Stores will be providing fresh pasta and Italian sauces to hospitality workers that have been made redundant and also those in ‘at risk’ groups. They will also be fundraising through a Go Fund Me page, with 100% funds being spent on supplies and staff pay. Anyone who donates over £20 will get 20% off in Lina Stores’ restaurants when they properly reopen.

Bright Restaurant: Bright in London is now delivering from 12pm to 9pm (both food and wine) with orders to be placed via its website from a special menu.

The Quality Chop House: London’s Quality Chop House has launched a special takeaway menu with ready-to-cook options for families and couples. There are also salads, deli food and puddings available. There is a delivery option.

The Winterton and The White Hart: Dan Stephenson of The White Hart in Whitley, Surrey and The Winterton in Chiddingfold has said the restaurants are limiting the amount of customers so they can sit further apart, and are pushing takeaways and offering a drive thru collection where customers call when they are outside and a member of staff takes their food out to them.

Meals for the vulnerable:

A number of chefs and restaurants have pledged to cook for or donate produce to the vulnerable. As well as Simon Rogan and Lina Stores, these include Paul Ainsworth, Simon Hulstone, Tom Sellars, the Brigade Bar + Kitchen, Adam Byatt, Andrew Wong and The Wilderness.