In the low-lit basement of a burger bar in east London, Carl Brown, the resident cocktail expert on Channel 4’s Sunday Brunch, is brooding over Prime Minister Boris Johnson’s press conference this week. 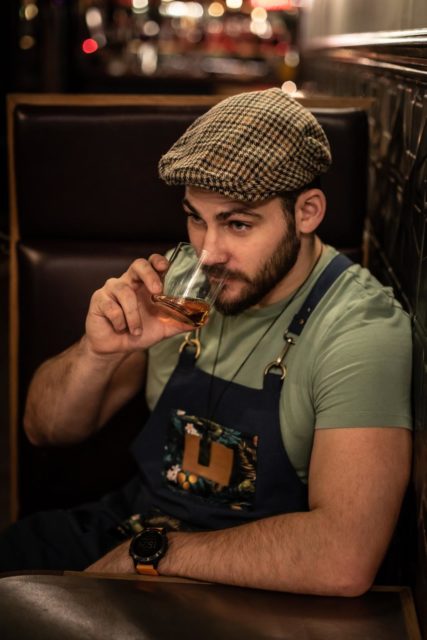 Brown worked as a bar development manager for the hugely successful restaurant chain Dishoom for nearly a decade, and secured a regular slot on Sunday Brunch a few years later, before finally striking out on his own last month and opening a zero-waste cocktail bar in Shoreditch.

Called Tincture, the speakeasy-style site, which opened underneath Neil Rankin’s plant-based Simplicity Burger, is designed to tap into every trend Brown saw develop throughout his career. The cocktails are based on seasonal “tinctures” (an extract of plant or animal material dissolved in ethanol, sometimes used as a herbal remedy), starting with pear, cinnamon, blackberry and parsnip. The team use every part of the plant so that nothing goes to waste, and the drinks are listed on two separate menus – the “Modern Apothecary” and the “Alternative Speakeasy” which is all about no-alcohol serves. The logo features a Tudor-era plague mask.

But despite a focus on nature and wellness, Tincture has already fallen victim to the coronavirus pandemic.

UK Prime Minister Boris Johnson said on Monday (16 March) the government was giving “very strong advice” that public venues such as theatres, pubs, bars and restaurants should “not be visited.” In 24 hours, London has gone from a bustling melting pot of bars, restaurants and cafés, to an eerie out-of-season tourist trap.

It’s created a difficult climate for those who have just opened their own premise, such as Brown, who says he doesn’t have the level of financial backing you see from the likes of pub chain Greene King to weather such an expected drop in business.

“Whatever money comes into the bar just means that my one staff member can have some pay,” he said.

“I’m a brand new small bar, I’ve got no money behind me than what I take on a weekly basis, and then to say no one should go to bars without some support, you basically have literally no idea what that will mean for us.”

Chancellor Rishi Sunak extended the business rates holiday announced in last week’s budget to cover the retail, hospitality and leisure sectors on Tuesday (17 March). Further grants were offered to businesses with a rateable value below £51,000, and Sunak said the government would do “whatever it takes” to deal with Covid-19.

But for Brown, this offer is already too late.

If there is no need to pay these grants back, they would be “amazing relief” for his business.

But with rent due in two weeks, he said it is “a shame” the measures weren’t already in place before the government told people to stop going out, “so that we could have been prepared rather than reactive on the back foot.”

London’s small cocktail bars are run by a close-knit community of mixologists and creatives who share similar values, dreams, goals, and problems. He told db that most of his peers have already had to get rid of any part time staff because “we just can’t keep them.”

“Anyone with a bit more money can support their staff – everything is about making sure they’re supported and they’re ok – but at the end of the day there’s not much we can do.”

Outside of the capital, pubs are feeling the strain. During a recent trip to a conference in Liverpool we met Nick Farr, who launched his own brewery and pub business, Farr Brewing, in 2014. Today, he owns five pubs in and around St Albans, and just won an award for Commercial Achievement in the Society of Independent Brewers’ (SIBA) annual business awards.

He told db his team are already at “panic stations”, and as cancellations for bookings for Mother’s Day this weekend have been rolling in throughout the month, he’s had to temporarily cut staff and man the bar himself to stay afloat.

“We’re asking people to reduce their hours,” he said, adding his core team will be doing pub shifts themselves “to justify taking a wage”.

“My role is mainly to be building business, but I mean, there’s not going to be much business to build.”

Farr’s and Brown’s concerns were echoed by a statement from the British Beer and Pub Association, released hours after the press conference on Tuesday. Emma McClarkin, the trade body’s chief executive, said waiving business rates and offering grants to small firms may be welcome policies, but “they do not deal with the immediate cash flow and liquidity problems our industry faces.”

Brown told db he simply doesn’t have the resources to overcome weeks of isolation. “I can only pay for what I make each month”.

The first announcement on Monday already dealt a heavy blow to small business owners. Also in east London, the taproom for independent brewery Signature Brew was left deserted two days in a row, and staff don’t know what to expect this week. All this came days before the brewery had planned to host a launch event for a brand new beer. The event has now been pushed back to April, coronavirus willing.

Further up the road in Stoke Newington, a favourite local Irish pub, the Auld Shillelagh, announced on Twitter it would not be celebrating St Patrick’s Day this year, and shut its doors to the public out of “a moral obligation…for our staff, our customers and our community.”

Brown is still scheduled to appear on this weekend’s instalment of Sunday Brunch, though “the ingredients were a lot harder to get this time,” but doesn’t necessarily believe giving the bar a plug will help.

There is a light at the end of the tunnel for some hospitality groups. Pub company Greene King has told its tenants it will delay rent collection and other payments such as insurance, maintenance and licensing for its franchisees “until further notice.”

But Brown believes the future is less bright for those just starting out.

“I think people with wealthy backers will survive and do well, that will go to the people who are already rich. I think that’s probably the saddest part of it.”

Takeaway and delivery services are just one way entrepreneurs are trying to shift stock and make ends meet. In London, Top Cuvée is offering its “Survival Pack” of drinks for home delivery, agave specialist Hacha will be delivering bottles of its perfectly clear Mirror Margarita to drinkers across the capital, and a long list of small breweries have also set up takeaway services.

At Tincture, Brown is putting his menu on Deliveroo so drinkers can still get to know his brand better.

Things may look bleak now, but the bartender is not giving up yet. Tincture is set to launch a new menu this Friday, and so far, it’s business as usual, even if Brown is spending Tuesday night behind the bar alone.

“My key is to be positive about what I can do to keep my bar and guests happy, so I’ll be sharing recipes, creating videos, delivery cocktails, beers and wines, all with the zero waste ethos.” 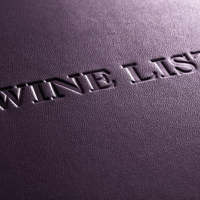 A poll conducted by the drinks business has found that the regions being represented was the most important factor on a wine list for almost half of all respondents, with wines that have been carefully matched with food offerings another key consideration. 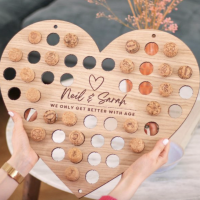 Valentine's Day is a day for romance, and what better way to celebrate love than with wine-related gifts? 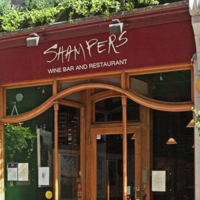 A mainstay on the London dining scene for some 43 years, Shampers wine bar and restaurant has announced that it will be closing its doors. 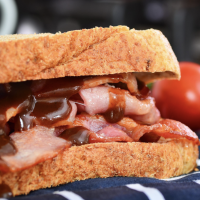 Opinion is split over the Queen's estate launching its own range of condiments, including a ketchup and a brown sauce, due to its eyewatering prices. 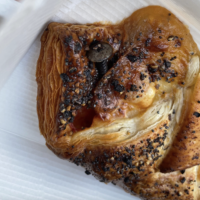 Woman discovers 'rusty nail' inside her Pret A Manger breakfast

A woman has taken to social media to share pictures of her Pret A Manger breakfast that allegedly contained a wholly unwelcome addition: a rusty nail.

A poll conducted by the drinks business has found that the regions being represented was the most important factor on a wine list for almost half of all respondents, with wines that have been carefully matched with food offerings another key consideration.

Valentine's Day is a day for romance, and what better way to celebrate love than with wine-related gifts?

A mainstay on the London dining scene for some 43 years, Shampers wine bar and restaurant has announced that it will be closing its doors.

Opinion is split over the Queen's estate launching its own range of condiments, including a ketchup and a brown sauce, due to its eyewatering prices.

Woman discovers 'rusty nail' inside her Pret A Manger breakfast

A woman has taken to social media to share pictures of her Pret A Manger breakfast that allegedly contained a wholly unwelcome addition: a rusty nail.