The founder of UK importer Indigo Wines, Ben Henshaw, has launched The Sorting Table, a new online wine shop. He tells Wine List Confidential how lockdown was the catalyst that spurred on this long-held ambition to branch out into the world of retail. 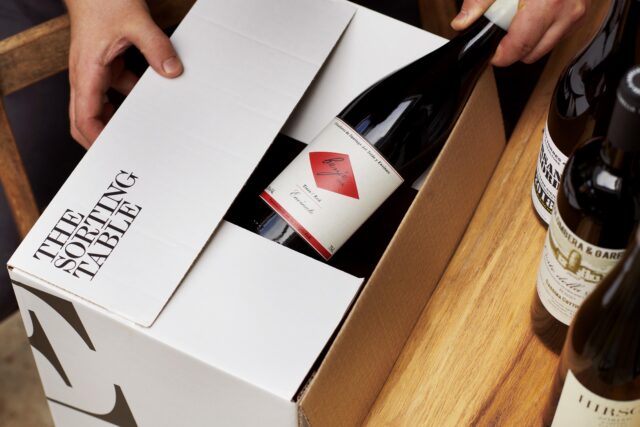 As with many other businesses, the onset of the lockdown caused by the Covid-19 pandemic put a severe dent in trading.

Henshaw explained that the company lost, “60% of our customer base overnight because we were doing very well with restaurants”.

With a key route to market shut off, the company looked for other ways to make up for lost sales and so the business spawned ‘Indi-to-go’, selling stock directly to consumers.

Henshaw said that when he first started with Indigo he had flirted with DTC sales but with his background in trade sales he realised it was “more sensible” to concentrate on what he knew best; supplying to the on- and off-trades.

That said: “In the back of my mind I always wanted to do something on the retail side”, he continued; an idea that only burned brighter as he looked around the UK wine scene and saw the sort of wines being imported by his peers.

“I’ve always been interested in other people’s wines,” he said, “always looking at what other people are doing. In the UK we probably have the widest range of wines of any country in the world.”

What if there were the possibility to work with a select group of importers, “we like and respect”? Then with lockdown and the “big explosion of home delivery… it made me think that now was the time to do something more DTC.”

And so, having tested the waters somewhat with Indi-to-go, he and his team began creating something more thought-through that could really stand on its own.

“It took a few months to put it all together,” he said but eventually The Sorting Table was born and launched officially at the end of October.

If there’s a cornerstone to the range, an idea that holds the selection together in a loosely knit way, it’s on what the site calls, ‘The New Fine Wine’.

These are wines with a sense of character and place, and principally from artisan growers who tend to be working organically and biodynamically.

Henshaw said he wanted to, “take this old fashioned and narrow definition of fine wine and bring it much more up to date and speak to people about what fine wine means to them, because it has many definitions.”

Wines from Indigo’s portfolio comprise, “a fair chunk of our wines on there, for obvious reasons, and I’d be surprised if Indigo was never the main supplier to the site,” he said.

Currently The Sorting Table is working with five other suppliers but Henshaw said he expected that number to, “probably double”. He added that there was no real limit to how many suppliers they could work with and 10 could easily become 15 or 20 – though maybe not many more than that – if the wines they had were the right fit.

“The idea is not to have everything from Indigo on there,” he said, “that’s not what it’s about. It’s selecting the right wines for the site.”

And, as an added bonus, he said it was “very satisfying” and “a lot of fun” to be able to work with wines and regions he’d long admired.

“Despite the fact I started imported French wines, it’s not been an area I’ve ever really developed with Indigo, so ability to work with Caves de Pyrenes is very satisfying,” he said.

But Henshaw continued that he didn’t just want The Sorting Table to be an online shop but one supported with “compelling content” and, eventually, a range of interesting exclusives.

Henshaw has drawn on contacts such as Jamie Goode and Rajat Parr, “to help provide content, build a network with producers and curate mixed cases”.

Next steps include bringing in online tastings, a wine club is also in the works and, most of all, “doing a lot of exclusive wines and maybe even developing some own label projects”.

Henshaw has experience with own labels and collaborative winemaker projects. For a few years now he’s worked on ‘Mother Rock’, a collab with South African winemaker Johan Meyer; while with Goode and Zalto’s UK importer Daniel Primack he’s worked with winemaker Eulogio Pomares to make ‘Sal de Terra’, a Galician Albariño now in its second vintage.

Collaborative projects, finding particular bottlings that could be exclusives will all be “important drivers” that help the site stick out, said Henshaw.

He added that he was currently working with Roberson Wines, “on one or two wines from one of their producers for the retail market. It may only be 100 bottles of something but if it’s from a producer we really like or admire it’s very exciting.”

He said that there, “may even have a Sorting Table label at some point,” and that, “as we develop the wine club, those exclusives will really come into their own.”

At a time when many other companies would be tightening their proverbial belts and putting their heads down, launching a new business is rather going against the grain but Henshaw says lockdown proved to be a “catalyst” for the project which was going to happen one way or another.

And besides, as he continues: “Times of crisis are times to be creative and grab the moment.”

For more information and to visit the site, click here.