Born in Southampton in 1979, Paul Ainsworth had hospitality in his blood, as he grew up in the guest house run by his parents. After catering school, he spent two years under the wing of Gary Rhodes followed by a three-year stint at Restaurant Gordon Ramsay on Royal Hospital Road, after which he went to work for Marcus Wareing at Petrus and then his eponymous restaurant at The Berkeley. Keen for new horizons, after eight years in the Big Smoke Ainsworth upped sticks and moved to Cornwall, heading up No.6 restaurant in Padstow, which eventually became the Michelin-starred Paul Ainsworth at No.6, which he runs with his wife Emma, along with The Padstow Townhouse and Caffè Rojano. 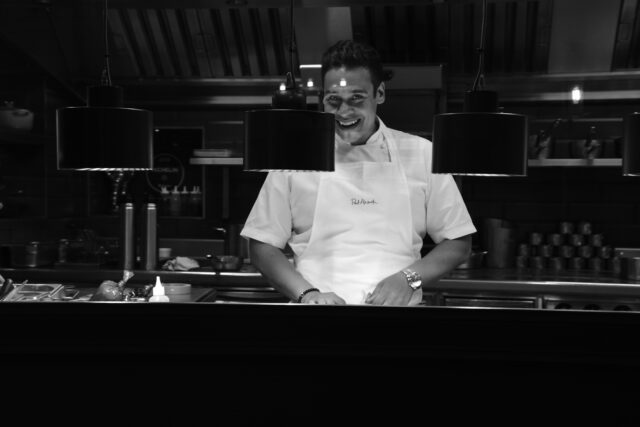 My earliest food memories are from growing up in a bed and breakfast, which was our family business. We had a rhubarb patch by my rabbit Hutch in the garden, and my dad used to always making crumbles from the rhubarb. My mum and dad, both being brilliant cooks, would cook for our guests. I remember sitting around a table with my family enjoying traditional English dishes, and at the weekends, my mum would make dishes with Seychelles and Creole influences.

Did you always dream of becoming a chef or did you fall into it?

A bit of both. I don’t have the sort of stories of going through fields with my grandma potting peas, but I was always intrigued by cooking because of the family business. I got work experience when I was at school at a hotel. I looked at the kitchen and saw the hustle and bustle of it all and thought it was something that I could really get stuck into. I loved that it was creative, practical and fast-passed. It suited me, and still does. 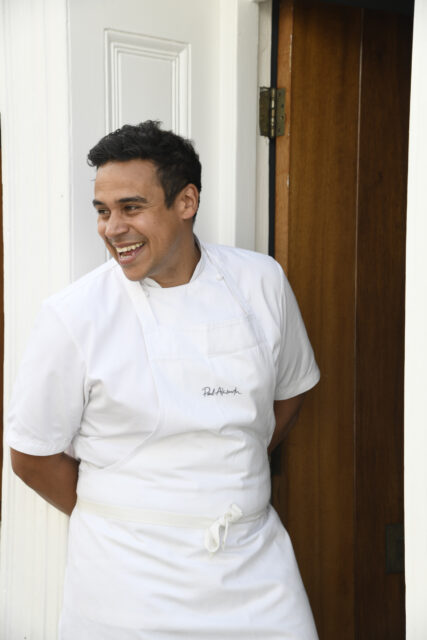 What is the dish that you have created that you’re most proud of and why?

I suppose I’m well-known for the fairground tale, which I did for Great British Menu, but one of the dishes that I’m extremely proud of is the chicken tournedos Rossini at No 6. When I moved to London and worked for Gary Rhodes, I was drawn in by this incredible dish, named after the famous composer.

It’s a traditional French steak dish, and I just loved the elements and the simplicity of it. I think by doing the dish with chicken, people don’t expect it to be as good, and you get the surprise of enjoyment playing on people’s faces when they taste it.

What is your ultimate food and wine match and why?

As a chef, you are likely to have many! If I must pick one, it would be something as simple as a beautiful piece of dry-aged beef, something like marbled filet or coq de boeuf, with a well made béarnaise sauce, some lovely crispy, triple-cooked chips and a beautiful glass of red, perhaps a Bordeaux or something a bit lighter, like a Pinot Noir. That to me is the ultimate match.

What is the most memorable meal you’ve ever had in your life?

It’s a restaurant that everybody knows now, but at the time, it wasn’t as known. I went to Frantzén which at the time was in the old part of Stockholm, with Tom Kerridge, his wife, Beth, and my wife, Emma for the weekend. It was mind-blowing, and still is to this day. It blew Tom and I away. We were up all night talking about it.

It was something like 24 courses with wine flights, and the thing that sticks out most was when we arrived, our bread was in a hessian cloth, proving on the table. During course 16 it was taken away baked in a wood-fired oven then served with three butters. It was just phenomenal.

What’s the weirdest thing you’ve eaten while on your travels?

The weirdest thing I have eaten was last year when I was filming Great British Menu. There was a great chef from a restaurant called The Wilderness, and he did a course full of all different types of insects, with locusts, crickets, all sorts. He was passionate about this dish, and how we should all be looking towards using other ingredients, like insects. On the taste, the jury is out, it still seems weird to me, but I liked his passion.

Who is your culinary hero?

My dad. He cooked every single day and every night for my family and our guests at the B&B. The weekend was when my mum took over. I remember going over to my friend’s houses, from about 10 years old, and realised that none of their dad’s knew how to cook. He taught himself to cook when he was travelling the world and was working abroad. Now I think back to those meals, I took it for granted. He was all about British classics, and they were so tasty. And I’m very lucky to have had them.

What’s the biggest blunder you’ve made while on the job?

There are so many. One that sticks out in my mind is when I worked for Gary Rhodes, one of his most popular dishes was sliced tomatoes with a chive dressing, topped with a beautiful piece of smoked haddock with Welsh rarebit. The Welsh rarebit would look like a ball of pasty when we prepped it, so we would get it out the fridge, roll it out, cut it, and put it on top of the haddock, ready to glaze.

So, service is coming up, and I pull out what I thought was the Welsh rarebit, cut it and I thought, this is brilliant, I’ve nailed this. The first check came on and it went under the grill. Everyone was like, what’s wrong with it? It won’t glaze. It’s not colouring. The texture is weird. I had topped all the haddock, for a busy service, with sweet pastry.

What’s your favourite season for food and why?

I love them for all different reasons. If I had to pick one, it would be autumn. I love how everything changes colour, when we start to get those early frosts and the root vegetables come up – carrots, parsnips, the lot! One of my favourite ingredients on earth is the onion. I love how versatile is. The onion is to the vegetable world what pork is to the meat world. You can do so much with it.

What single ingredient apart from the onion, do you rely on most in the kitchen?

Cornish sea salt. The difference between something being okay to being brilliant can be as simple as a pinch of good salt. We use it for curing and brining, as it brings out flavour, even at the early stages of the dish.

What’s the best bottle of wine you’ve ever drank?

It was one I tried when we did a private party for a customer; he used to order the most phenomenal wines and he called me over and poured me a glass of Chevalier-Montrachet. It was at that moment I understood that you get what you pay for when it comes to wine. It was expensive, but oh my goodness, it was delicious.

If you had to eat only one country’s cuisine for the rest of your life, what would it be and why?

Greek! My wife Emma and I love to go to Greece on holiday; it’s the roasted lamb, Greek olive oil, taramasalata, cucumber and citrus to balance a rich yogurt – I just adore it. 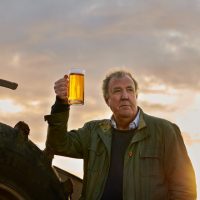 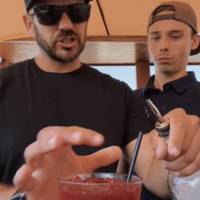 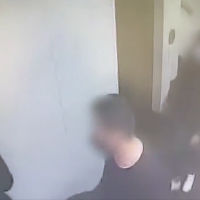 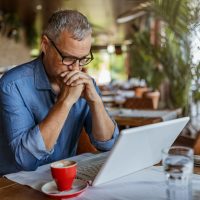 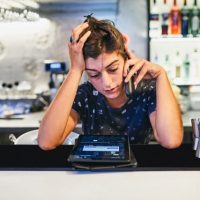