As CEO of UKHospitality, Kate Nicholls OBE has been instrumental in holding the government’s feet to the fire when it comes to saving the sector. She tells Lucy Shaw about her role, and what the industry is likely to face over the coming months. 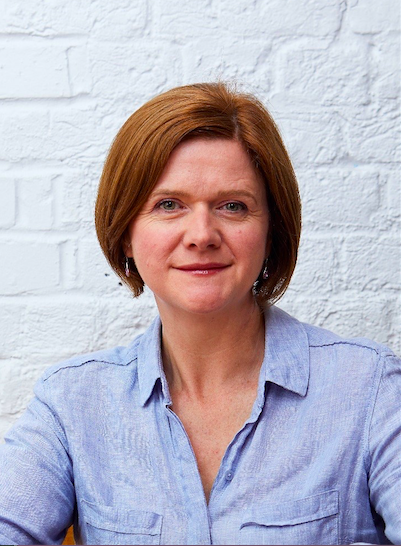 The UK hospitality industry has been brought to its knees by the coronavirus crisis and faces a make-or-break few months ahead, when rent payments are due while venues remain shuttered.

During its darkest hours, one person has been fighting the industry’s corner with the grit and determination of Rocky Balboa – Kate Nicholls, CEO of UKHospitality – who was awarded an OBE in the Queen’s New Year’s Honours List for her services to the hospitality industry throughout the pandemic.

Durham-born Nicholls, who became CEO of UKHospitality in May 2018, has been instrumental in making the government acutely aware of the scale of the impact that Covid restrictions and ever-changing regulations have had on the on-trade, providing a clear, concise and consistent voice for the industry.

Citing the OBE as the proudest achievement of her career, Nicholls says the accolade is down to the hard work and tireless campaigning of her team. “I was really surprised and taken aback when I found out, and very humbled. It was very much a team effort,” she says.

There will, however, be no resting on her laurels. Nicholls is candid about the severity of the challenges facing the hospitality industry in the months ahead, and the dire need for more help from the government to save businesses from going under. While the roll-out of the vaccine provides a light at the end of the tunnel, the future of the UK on-trade is on a knife edge.

“The biggest challenge ahead is whether hospitality businesses can survive the next few months, as they’ve got to a point when they’ve run out of cash and are heavily in debt. They need to be put on life support until April when the restrictions start to be lifted. My immediate priority is how many businesses can we save and help limp on until the recovery begins. I’m confident that the on-trade will bounce back once restrictions are lifted, and we anticipate an increase in footfall due to pent-up demand,” she says.

At the top of her agenda is continuing to put pressure on the government for additional financial support to enable hospitality businesses to survive the winter. Wednesday 31 March looms on the horizon like an iceberg large enough to sink the industry. On that date, hospitality VAT cuts are due to end, as is the business rates holiday for the on-trade, and the landlord rent moratorium, all of which pose danger for the beleaguered industry. “This is a marathon, not a sprint, and I need to make sure the government doesn’t think it’s ‘job done’ once hospitality businesses are able to start trading again. We need a route map for reopening so businesses can make a profit again.” 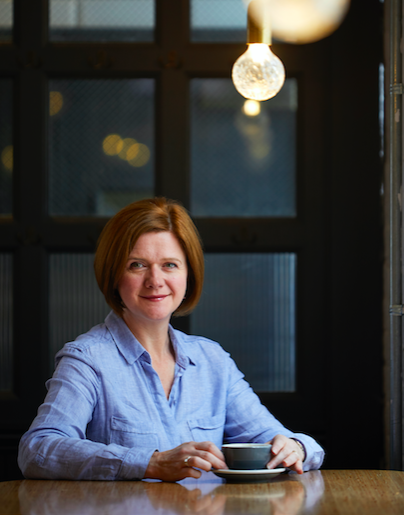 Nicholls is hoping that chancellor Rishi Sunak will extend the business-rates holiday and VAT cuts for the hospitality industry in his Budget on 3 March. “If the on-trade gets these two things it will recover nine months sooner than if it doesn’t have those support measures in place,” Nicholls reveals.

Restaurant magazine editor Claire Bosi, gained over 200,000 signatures. On 12 January, MPs voted in favour of the motion to create a dedicated hospitality minister to act as a voice in government for the industry, which provides over 300 million jobs in the UK. Nicholls was pleased with the outcome of the debate, not least because it illustrated the level of support the industry is getting from both politicians and the public.

“The debate helped to highlight how important the hospitality industry is both socially and culturally, and it was great to see the sector at the front of politicians’ minds.” Nicholls works with three ministers in different government departments to help get the needs of the industry heard. “The government has recognised the importance of the hospitality industry and wants to support it. The most important thing now is to work together on a recovery plan in the short term, then seek a clear, strong ministerial voice in the long term.”

Sadly, it will be too late to save many on- trade businesses from going under, and Nicholls admits that we’ve only seen the tip of the iceberg in terms of closure numbers because of the crisis. “We already know we’ve lost 20,000 premises and 800 branded restaurants, and only one in five businesses in the sector says they have enough cash to get them through February. Public companies have been transparent about their level of cash burn being so great that without extra support they will run out of money in mid-March. Big businesses like Greene King and Wetherspoon are running on empty, while others are running on fumes. Many on-trade venues have been closed for nearly a year, and the longer it goes on the less likely they’ll be to reopen.”

Nicholls cites insurmountable rent issues and a disproportionate debts to earnings ratio as two of the key reasons on-trade businesses will fail this year and believes the industry could shrink by a third in size as a result. She does, however, see the crisis as a chance for positive change in the industry. “With all crises come opportunities, and the coronavirus crisis will be no different. We’re currently pushing the government to review the Landlord and Tenant Act and reform business rates, which will be critical for the long-term survival of the industry,” she says.

As for shorter-term goals, Nicholls feels the crisis will bring about a chance to reset rents for restaurants that were able to survive when the slimmed-down on- trade emerges from the ashes. “There will be opportunities for well-resourced businesses to grow, develop and take on new sites,” Nicholls believes.

She has April in mind as the month when restrictions around the UK will start to be lifted, as the vaccine is rolled out to the over-50s. The reopening of the on- trade will be far from simple, with Nicholls believing how the industry is permitted to reopen rather than when it is allowed to do so to be the more pressing issue.

She says the industry will remain in survival mode throughout the year, moving into recovery mode in 2022, then, hopefully, profitability in 2023. “It’s depressing – reopening is just the start – the industry has a long journey ahead,” she admits.

While the hospitality industry was one of the first and hardest hit by the pandemic, it has, nevertheless, shown incredible resilience and a willingness to help those in need during the crisis. Nicholls has witnessed countless examples of leadership and collaboration in the trade, with people coming together to support their local communities, feed frontline NHS workers and help the homeless.

“It is those values that make me feel hugely proud to be the public face of the industry. The acts of kindness that I’ve seen have given me the inspiration to keep going during this very bleak time. The hospitality industry is so big-hearted. When they had no money coming in they were still giving back to their local communities and stepped up to feed the NHS frontline and school children during the October half term.” 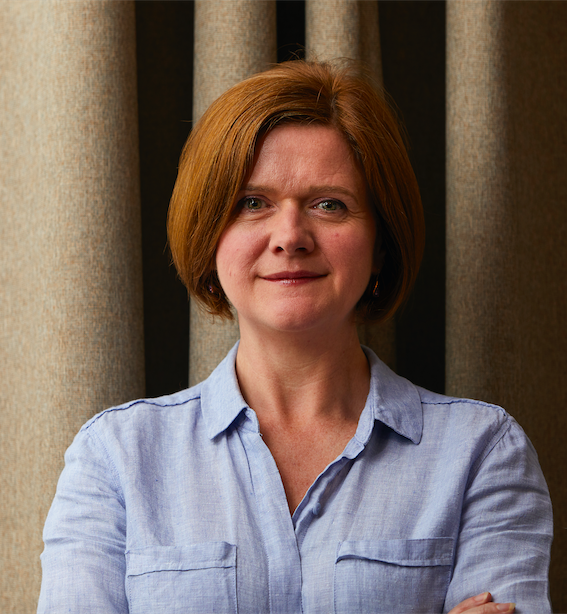 Looking ahead, Nicholls feels that a takeaway and delivery offering will become a mainstay of many restaurants in urban locations, with deliveries now accounting for around 20% of total sales, up from 9% before the pandemic. One of her key aims for 2021 is to reshape how the hospitality industry is viewed, and promote it as a sector with attractive career advancement opportunities for young people.

“To rebuild the industry we need to attract the right talent to the workforce. The crisis gives us a chance to push the reset button on the perception of the hospitality industry, and get the message out to young people looking for work that they can be trained up to have a vibrant career. It is one of the few industries where you can start with no experience or skills and work your way up to management level in two years. There will be great career growth opportunities for those with the right attitude,” she says.

As to whether the on-trade has been damaged beyond repair by the pandemic, having worked in hospitality for nearly 30 years, Nicholls is confident that it will bounce back, albeit in a slightly different guise. “The industry has gone through various golden ages, and I’ve no doubt that we’ll emerge into a new golden age with new players and a different offering.

Hospitality is a very old industry that continually reinvents itself and stays relevant. It’s a very entrepreneurial and dynamic sector, and I’m excited to see how it will change as cities change. The key to success will be offering people an experience that they can’t get at home, from the perfectly poured pint to the perfectly mixed cocktail.” 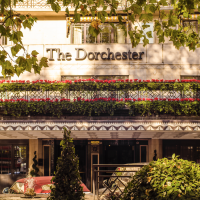 The Dorchester set to auction off 2,000 items ahead of major renovation

Mayfair hotel The Dorchester will auction off thousands of items next month as part of a major phased renovation project. 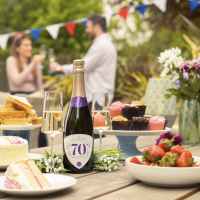 The 13 best drinks for the Platinum Jubilee weekend

The first weekend in June is set to be packed with celebrations, as the Queen's Platinum Jubilee marks the Monarch's 70 years on the throne. 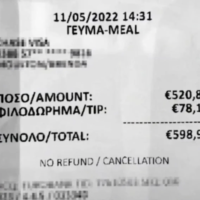 American tourists visiting the popular Greek island destination Mykonos were reportedly left aghast when their meal of "two crab legs and a couple of Mojitos" set them back nearly €600. 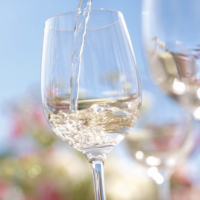 Following our Spring Tasting earlier this year, we bring you top 10 white wines from the competition, including an unusual Italian blend, an Austrian fizz, and a rare type of Tokaji. 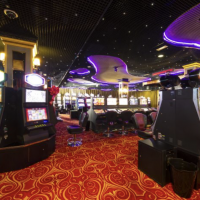 Woman wins £74,000 payout after not being invited to work drinks

A casino worker has been awarded more than £74,000 in compensation as she was left feeling "shunned by colleagues" after being left out of a work drinks evening.

The Dorchester set to auction off 2,000 items ahead of major renovation

Mayfair hotel The Dorchester will auction off thousands of items next month as part of a major phased renovation project.

The 13 best drinks for the Platinum Jubilee weekend

The first weekend in June is set to be packed with celebrations, as the Queen's Platinum Jubilee marks the Monarch's 70 years on the throne.

American tourists visiting the popular Greek island destination Mykonos were reportedly left aghast when their meal of "two crab legs and a couple of Mojitos" set them back nearly €600.

Following our Spring Tasting earlier this year, we bring you top 10 white wines from the competition, including an unusual Italian blend, an Austrian fizz, and a rare type of Tokaji.

Woman wins £74,000 payout after not being invited to work drinks

A casino worker has been awarded more than £74,000 in compensation as she was left feeling "shunned by colleagues" after being left out of a work drinks evening.