If Argentina wants to gain a global reputation for truly top end wine it should focus on Cabernet Sauvignon, believes US consultant Paul Hobbs.

Although Hobbs has his own Californian winery, he balances his time with consultancy work, and has played a pioneering role in the evolution of Argentina’s wine industry ever since his first visit to Catena in the late ‘80s.

Speaking earlier this year about his experience of making wine in Argentina over the past 30 years, he said that he has “learnt a lot about how Cabernet behaves in Argentina,” but stressed that there was still much to be done with this grape in the South American nation, which is, of course, best known for Malbec.

“I don’t think Argentina has hit anywhere close to the high mark with Cabernet because all the attention has gone to Malbec,” he commented, when addressing a group of Masters of Wine, who visited the region in February this year.

“I think Argentina should invest more in Cabernet Sauvignon, because it is the international benchmark for all the great reds of the world,” he added.

Looking back, he recorded how Argentina’s “international presence was launched with Chardonnay and Cabernet Sauvignon, which were then “muscled out by Malbec”.

However, he forecast that Cabernet from Argentina could come back into fashion, because of its quality and relative value.

“With prices getting increasingly expensive for Cabernet [from its most famous sources, be they Napa, Bordeaux or Tuscany], people will start to look for another region – and I believe Mendoza is that region, because it can supply high quality Cabernet at affordable prices,” he stated.

Continuing he said, “I think there is a need for high quality Cabernet Sauvignon and I think Argentina has the opportunity to fulfil that need.”

Turning his attention to making the most of the quality potential for Cabernet in Argentina, he said that it was necessary to put particular emphasis finding cooler sites and making sure that vineyard management was scrupulous.

Comparing the grape to Malbec, he recorded that “Cabernet is a much drier grape, its hydraulics are not as good as Malbec, which­ is like a camel, and Cabernet doesn’t handle the heat well, so you need to consider cooler climates.”

He also observed that “Cabernet suffers much more from botrytis, even though Cabernet has looser clusters – Malbec is a more consistent performer in terms of resistance to disease pressure.”

More generally, he said that Cabernet is a “more pernickety grape to grow at a high level to get the quality of tannin for age-ability, and you must do the work when it needs to be done; the ‘do it tomorrow’ attitude doesn’t work with Cabernet, although Malbec is more tolerant of that.”

Summing up he said, “Malbec is more like the Chardonnay of red grapes, it is disease-tolerant, hardy and relatively easy to grow.”

Due to the relative ease of handling Malbec compared to Cabernet, Hobbs said that “Cabernet has thwarted us a bit in Argentina.”

When asked by the drinks business to comment on what makes Cabernet from Mendoza distinctive, Hobbs said, “I think it is more like Bordeaux than California, and you can get high tannins, but also quite a lot of fruit… Cabernet planted at a high level is fruit forward, generous, and rounded, with a lot of meat on the bone: it is like a USDA Prime steak.”

In support of Hobb’s comments, past Cabernet Sauvignon Masters by the drinks business have picked up on excellence of Cabernet from Argentina, with many of our highest scores turning out to be for Argentine Cabernet.

Indeed, echoing Hobb’s belief in its price-quality relationship, if one were to pick out the best-value wine of the 2015 Cabernet Masters, it was the Waxed Bat Reserve Cabernet from Mendoza. This wine’s appealing Cabernet character achieved unanimous praise from the judges, particularly for something under a tenner (if only just), although it does contain a minor proportion of Malbec.

The success of Argentina in that year’s tasting was certainly a surprise to our judges – who expected Chile, which also performed well, to be the better source of South American Cabernet.

And there were high scores for Argentine Cabernet at all prices levels – from El Esteco’s £7 Cuma Organic example to Terrazas de los Andes’s £40 Single Vineyard Cab.

Such results also supported comments in an article by Tim Atkin MW in db, which highlighted the underrated excellence of this grape when grown in Argentina.

Similarly, in a discussion with db in Chile, Aurelio Montes, who makes wine in Mendoza under the Kaiken brand, said Argentine Cabernet was “amazing” but “doesn’t have much reputation”, because, of course, the country “is labelled for Malbec”.

ARGENTINA TO CREATE 40 NEW WINE ‘AMBASSADORS’ FOR THE COUNTRY 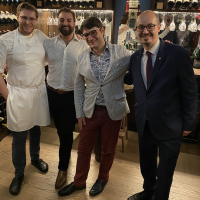 Douglas Blyde headed north of the border this week in the company of Willem Pinçon, Senior Brand Manager for Liberty Wines. The tour took in a new, subtly-branded, Charles Heidsieck wine room at the Michelin-starred ‘Number One’ restaurant at the base of the five-star Balmoral hotel. 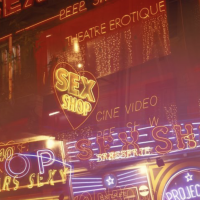 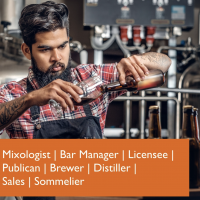 Campari Group UK has pledged a commitment to the hospitality industry by becoming a founding partner of Develop, a new industry vocational hardship initiative launched by The Drinks Trust. 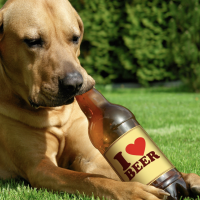 Fancy a treat for your furry friend? The Sun pub in Trevor, North Wales has been offering dinner, ice cream, and beer to customers' pups. 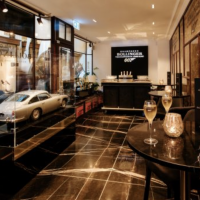 Douglas Blyde headed north of the border this week in the company of Willem Pinçon, Senior Brand Manager for Liberty Wines. The tour took in a new, subtly-branded, Charles Heidsieck wine room at the Michelin-starred ‘Number One’ restaurant at the base of the five-star Balmoral hotel.

Campari Group UK has pledged a commitment to the hospitality industry by becoming a founding partner of Develop, a new industry vocational hardship initiative launched by The Drinks Trust.

Fancy a treat for your furry friend? The Sun pub in Trevor, North Wales has been offering dinner, ice cream, and beer to customers' pups.