Philippe Guigal is brimming with excitement about the potential of his family’s new property in Châteauneuf-du-Pape – even though there is much about the domaine he “hates”. 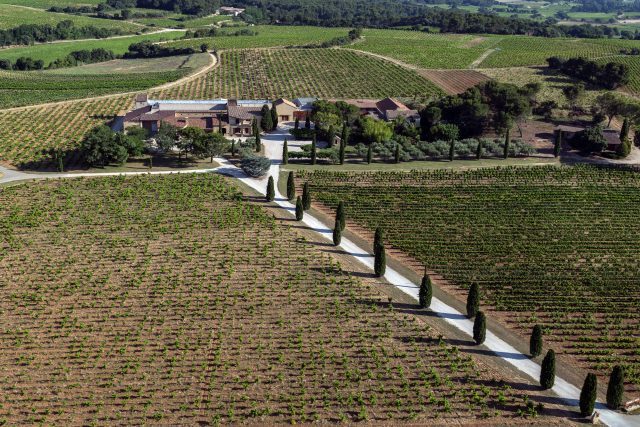 Maison E. Guigal acquired Domaine de Nalys last year for an undisclosed sum. A 50-hectare property dating back to the 17th century and located next to two of the AOC’s most respected producers, Château Rayas and Henri Bonneau, it was nonetheless not an estate that was widely known.

With the release of the first vintage from the estate under its new management taking place at the end of the year, Philippe Guigal presented the new wines in London earlier this month to members of the trade.

He explained that while his family had a long history of selling Châteauneuf-du-Pape in its second role as a négociant, they had never made any because sourcing grapes had been too difficult.

Having bought Nalys, however, he reported that locals had grown more approachable. Enough so, in fact, that a Châteauneuf-du-Pape under the Guigal brand is also being added to the range.

The chief focus in the AOC though is Nalys. Philippe said right from the start he found Châteauneuf a “fascinating appellation”.

But it is also a complex one and while, “the French are always sure they know Châteauneuf-du-Pape, in reality outside of the famous galets stones it is a region with a varied set of sub-soils with everything from clay to limestone and sand with iron-rich deposits in some of the best areas.

It is a region the Guigal family have had on their radar for a while so when the opportunity to buy Nalys came up they were intrigued.

Philippe was perfectly blunt however that: “I was never impressed by the quality of the wines.”

Owned for decades by a big firm, the quality of the output had suffered under an ageing system. It was a property coasting along not really going anywhere.

But as Philippe continued, it wasn’t the back vintages that the family was looking for.

“Put it this way,” he continued. “I visited with my father and what we saw was incredible and made me so excited I couldn’t sleep for a week.”

Although there was much to be unimpressed about with the way Nalys was being run and making wine, the quality of its terroirs and their potential was an entirely different story.

Of the 50 ha, 20 are located in the famous lieu-dit of ‘La Crau’ – “in the very best part,” he added – another 15ha are in clay-rich soils of ‘Bois Sénéchal’ and the rest in a mix of sandy-limestone and clay soils at Nalys itself in the lieu-dit of ‘Grand Pierre’.

All 13 of the permitted varieties in the AOC are planted across all three soils, granting 39 possibilities for varietal and terroir expression.

Furthermore, Nalys is unusual in that it has a very large percentage of white grapes – 18% of the total in fact.

“It’s huge, one of the biggest in Châteauneuf-du-Pape,” said Philippe. The new Nalys range will feature two white wines, a Roussanne-dominated grand vin and a Clairette-heavy second label. Care has been taken to avoid some of the ‘older’ styles of white Châteauneuf which are often Grenache-based, lopsided and tend to oxidation.

“There are too many flabby wines in Châteauneuf-du-Pape and this is the opposite,” he said.

The change in mindset evident here is reflected in the way Guigal has approached sorting out what it found when it took over last summer and the change was immediate and had to be.

“Our first investment was in the vineyards,” Philippe explained. “We took over 53ha with just two workers. We doubled it [the team] and appointed a vineyard manager.”

The previous owners may not have invested very much in staff but they did in some equipment, the Guigals found five new tractors at the property – “at least they can be used now”.

The trellising in the vineyards had to be reworked and many dead vines removed, it’s a lot of work and will no doubt slow the progress Guigal is trying to implement but there is no other 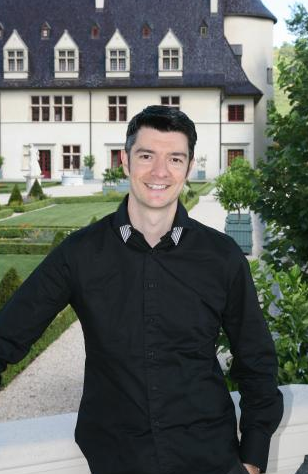 “It will take years to have the vineyard producing the way we like but it needs to happen,” Philippe admitted.

After the vineyards attention turned to the facilities. Although bought in 2017, the first release from the company will be the 2016.

Philippe explained that it hadn’t been blended or bottled when the family took over.

“With the ’16 we told them to stop – so they had made the wine but Guigal blended and bottled it.”

Philippe said that while not perfect, the 2016 was “very much” what Guigal wanted to do with the property, with the red blend switching from Syrah to Grenache-dominated and with a healthy dose of Mourvedre.

“The previous style of Nalys was so far away from our expectations for this property.

“It’s a revolution,” he continued. “The reds used to be bottled after eight months now it’s after 18-19 months.

“The vision of Nalys before was open and to drink young. They had neither the ambition or style to produce wines to age and I believe great wines should age.”

Further investment in the winemaking facilities are currently underway as well, with 10 new vats on order although there’s not much space to house them at present.

“I hate the vinification facilities in Nalys,” Philippe admitted candidly. “I know we will have to invest in new ones very soon.”

Nalys has now been owned by Guigal for over a year but Philippe said that while he tried to be the winemaker there, his attention is still largely focused on the family and company holdings in the Northern Rhône.

He began the 2017 harvest in Châteauneuf but then went north leaving the end of the vinification to an oenologist.

“I wish I had a twin,” he laughed before noting that he has twin boys of his own, perhaps one day they’ll be able to manage the to and fro in a way he cannot – but not just yet.

The six new Châteauneuf wines will be released this November in the UK. They include a red and a white grand vin from Nalys and also a second label of each under the name ‘Saintes Pierres de Nalys’ (the name is a slight double-edged pun with Saintes Pierres being both a reference to the popes, the apostolic successors to Saint Peter, and also the galets which might be termed ‘holy stones’ after their former papal link).

Furthermore, there will be a red and a white Châteauneuf bottled under the Guigal label. These have been made from grapes sourced from 45 growers for the red and seven for the white and are blended and bottled at the Guigal facilities in the north. 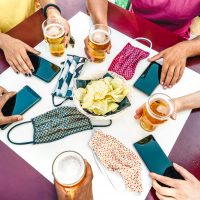 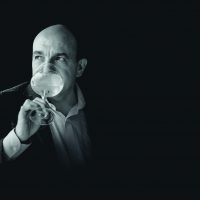 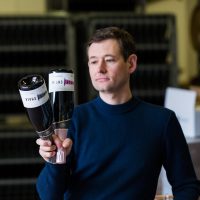 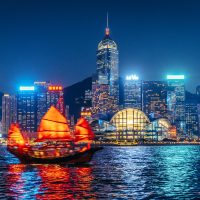 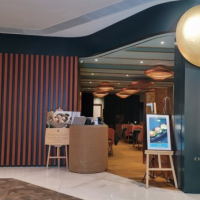