A group of current and former executives across the hospitality, consumer, retail and technology sectors have formed a mentoring network to help UK bosses steer their companies through the coronavirus crisis. 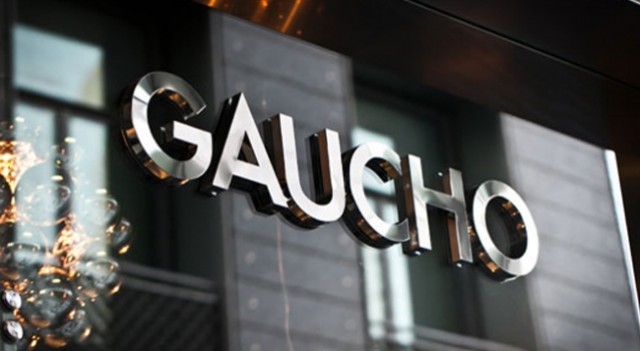 The task force was spearheaded by Jamie Mitchel, the chairman of Argentine steakhouse chain Gaucho’s parent company, Rare Restaurants, and a business leader who has headed up dozens of household brand names in his 20 year career.

“Being a CEO is lonely at the best of times, so having someone external who you can talk things through with is important,” Mitchell told the drinks business.

Now the chairman of Gaucho and M Restaurants’ parent company, Rare, Mitchel has held c-suite positions at interior design group Tom Dixon and Gloucestershire’s Daylesford Organic, and was employed as managing director of smoothie behemoth Innocent Drinks during its rapid ascent into the British public’s consciousness in the 2000s.

The scheme, which is called All Together, launched last week and is open to all chief executives and small and medium enterprise business owners with annual revenues between £5 million and £100 million. It is designed to help businesses in urgent need of advice amid the coronavirus crisis, as well as strategic planning for the mid to longer term.

Other bosses behind the scheme include Martin Williams, the chief executive of both Gaucho and M Restaurant brands, Innocent Drinks co-founder Jon Wright, and ex-Flying Tiger CEO Xavier Vidal.

Mitchel told db the idea was already in the works before the UK’s lockdown began in earnest. had already started working from home for the most part, and had more time on his hands than usual. He had already helped to bring Gaucho back from the brink of collapse last year, and felt he had some wisdom to offer the next generation of entrepreneurs.

“That was before the schools closed though,” he said.

Nevertheless, he went through his contacts and got to work. He said it occurred to him that there are other business leaders out there with time to spare, as well as the wisdom of experience.

“Six days later I had a website up and running (that was actually the hard part). I launched it on Linkedin and found out I wasn’t alone in wanting to help.”

Now in its second week of operation, 50 former and current bosses have signed up as advisers for All Together, currently mentoring 40 businesses, although Mitchell believes they have the man power to help up to 200.

“They’re all ex-CEOs or founders themselves,” he said. “They know what this is like to run a business and most of these are working.”

“It’s not much about the specifics of the laws on furloughing – it’s more about how do you take tough decisions; being a CEO is lonely as it is, so having someone external who you can talk things through with is important.”

As it stands, the outlook is uncertain for many SMEs. The Office for Budget Responsibility (OBR) has warned the pandemic, which has forced on-trade outlets across the country and “non-essential” retailers to shut their doors, could see the economy shrink by a record 35% by June. A handful of hospitality groups are already buckling, such as Carluccio’s, which went int administration earlier this month.

“There is no doubt that we are going to see a large number not survive this,” Mitchell said. “Even with the government’s furlough scheme, hospitality is going to come out with a big amount of debt.”

The Rare Restaurants chairman said companies are asking them about two things most of all: immediate crisis management (“lots of people are trying to weigh up the different financing options available – what the banks have got on the table,” he said; and how to come out the other side stronger.

“That will be a more useful conversation – people will be constantly adjusting their plans – how do you use this time to build things and come out stronger?”