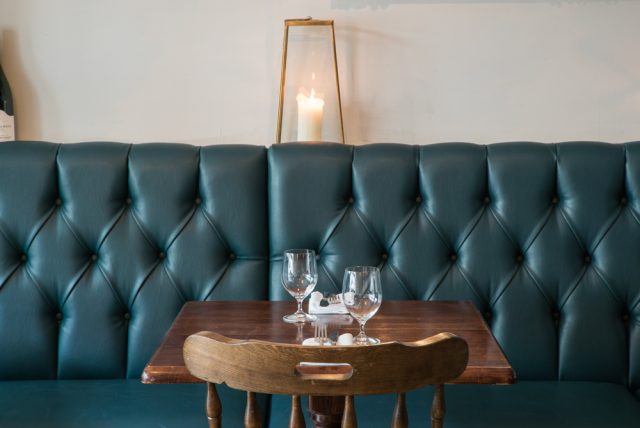 Are guests confused by the name?

Yes! We’re ‘Wild Four’, ‘Wild Flower’, ‘Wild Flour’ and ‘Wild Fleur’. And on almost every invoice we’re ‘Wild Floor’. Having launched in the same week as Flor in Borough Market, that also led to some clangers.

I’m a spring chicken from 1993, which was a terrible vintage outside Burgundy. I once read that Armand Rousseau Chambertin ‘93 was the wine of the vintage. But the last ‘93 I drank was a cheap but decent Clos de Vougeot with only half a label left.

Were you born in the Brighton and Hove area?

I was born in Winchester as a technicality but lived most of my young life in Steyning, 13 miles inland from Brighton. I say this with gusto because, at 7am at Glastonbury in 2010 while sharing a bottle of mystery wine around a campfire, I was asked, ’so are you from Brighton really or are you a posh twat who lives just outside?’

My family being very into food and wine, I wanted to get involved as soon as I could, initially breaking down boxes for £15 a week outside the local pub. At 13, I washed pots at the well-regarded and roaringly busy Whites, Steyning which had ambitious food and was frequented by everyone from local farmers to C, D and E list celebrities.

By 16, I was working on the service bar, excitably learning cocktails and even beginning to attend wine tastings where I discovered Catena Chardonnays, Gigondas by Louis Barruol, Banfi and the Pichons. I’ve since visited such estates with the very people I first tasted those wines with all those years ago.

I would finish school at 3:30pm then be at work by 5pm, sometimes serving the school teachers from that afternoon. Looing back, I find it hilarious, but it was just before things got really tight on young people working in such a way.

I befriended my business partner to be, James Thomson when I was 17 and went into nightclubs at 18, Having done better than expected in my A-levels, I accepted an offer to Loughborough University where I lasted until just after Christmas – and still haven’t managed to pay off a single penny of student debt. Once back home, I had a strong summer at Jamie’s Italian then got on with what I wanted to do: bartending.

With perfect timing, James invited me to build up the bar at the Ginger Pig, a fabulous place, halfway between being a speakeasy and a gigantic pub. Along with the fantastic chefs we pushed things forward thanks to the openness of owners of the Gingerman Group, Ben and Pamela McKellar.

After four years I had swung fully into wine, completing half the WSET Diploma. With James and Faye Hudson, it was time to open our own spot. And to that point, I’d obsessively spending at least 120% of my salary on wine. In 2019 when I was 25, we opened Wild Flor having put everything into hardware, the kitchen, crockery and glassware, cobbling friends together to decorate it. It’s been mentally and physically challenging but unbelievably rewarding.

What advice would you give your younger self?

Get to tastings and be a legend: don’t be awkward. The fact you’re there is a qualification enough to be there. I remember attending tastings on my own and being petrified. Stick your arm in, get a pour, start that conversation. Nobody will bite.

The Old World, the New World – Europe, California, South Africa. It’s producer led. I hate the crazy new geezer or the mad new method and would rather have Ramonet Bourgogne which I can sell for a fair price which works for everyone than someone else’s Chassagne. We work with every importer under the sun to try to deliver the best possible wines at every price point. I don’t want a complimentary fridge or a ‘Verre de Vin’ – just a good price and a heads up when the right things arrive.

At 160-170 wines, it’s a medium length list though we aim to grow it once resources (both finance and people) allow. I find as much beauty in big powerful wines as in delicate savoury bottles. But there has to be joy, which is why we eat and drink. If a wine isn’t joyous, it’s the same as an ‘over-cheffed’ dish.

Aged wine is the third dimension despite there being a mad misconception that mature wines need to cost £500. On reopening on 20th May we will have some belters including ex-cellars 2002 Ribera Del Duero for £45 and 2010 Gaunoux Bourgogne for £50.

Which grape do you find it hard to get along with?

Malbec is mostly obnoxious, especially as a £30-40 ‘GP Blaster’. It’s a variety that loves great terroir, but most of the time tastes like the dregs of a mulled wine urn. 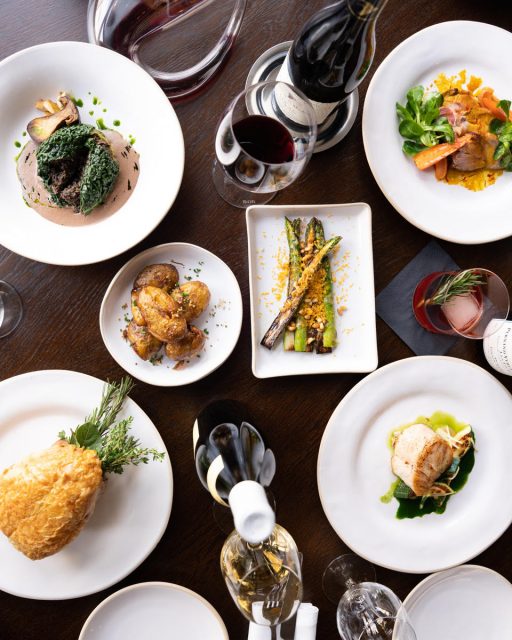 What has been your most impressive food and wine pairing?

Although not currently on the menu, our original, defining statement was veal sweetbreads with peas and a sherry cream served with Vin Jaune, while our incoming leader, Fraser Hawkins is preparing a highlight for Sundays. We’ll be brining and roasting Fosse Meadows chickens, pressing the legs and glazing the wings. I’ve wonderful back vintages of white Rhônes to keep the train rolling alongside (Vernay, Clape, Jamet). Wonderful roast chicken and St-Péray – what more could we ask for?

What was Wild Flor before?

The curiously named ‘Skyfall’ which began as a lobster and steak restaurant in easyJet colours, graduating to burgers, steaks, fries and shakes before sitting dormant for a couple of years.

Is the customer always right?

Yes. And even if they’re not, it’s not our job to tell them that. We work around it.

What is your go-to drink at the end of the day?

A quenching lager before moving on to a charming, simple Riesling or Silvaner which cleans up well from Keller or Wittmann.

For digestifs, we work with very old family friend, Harris Vintners who supply Armagnacs from Lacquy and Ducastaing, Cognac from, and plenty of La Vieille Prune. We also have old Madeira by the glass.

What about non-alcoholic drinks?

The new wave of liquids such as Æcorn changed the game. Not only by bringing a mature angle to it all but also making it interesting. There’s great new options from the likes of Punchy Drinks which I love, too. A lot of these are in my house because we’re expecting a baby in autumn!

Do you have any interests outside of wine?

In my latter teens I worked as a music photographer with a journalistic friend, travelling around summer festivals spending time with incredible bands and DJ’s. Although I couldn’t break into it as a career, I still keep a medium format film camera to photograph hills and cows.

What is the last film you watched?

A lovely house around Fort Ross, California with a small-ish truck and a few hectares of Chardonnay and Pinot Noir.